In the past ten years is has been either Lionel Messi or Cristiano Ronaldo. Is their regime finally over? Bet on Ballon d’Or 2018 winner! 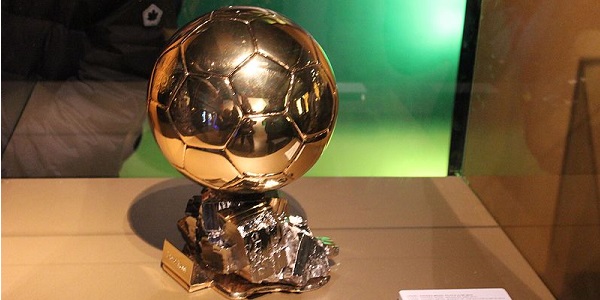 It’s almost completely the end of the season, so it’s about time we start talking about possible picks to bet on Ballon d’Or 2018 winner.

Normally online sportsbook news sites in Switzerland are already aware of the chances by this time of the year. However, normally their predictions and FIFA Ballon d’Or winner odds are based on performances in the national leagues and the Champions League. But this year is different as it’s the year of the FIFA World Cup, which we can easily call the most prestigious football tournament of all.

The best performing players in this tournament always get more attention in the media which helps in their marketing campaign when they expect a bet on Ballon d’Or 2018 winner. So winning the World Cup means better chances than winning the Champions League. Winning both, of course, would be the perfect resume, but who could have that?

Cristiano Ronaldo is always a good pick for those who want to place a bet on Ballon d’Or 2018 winner. The Portuguese crack has won the Golden Ball for the last 4 years and he owns a total of 5 from the most important individual award. This year he is the main candidate again, and it wouldn’t be without a merit.

The Portuguese crack won the Champions League with Real Madrid again this year – for the third consecutive time. And he was top scorer of the tournament – for the third consecutive time, obviously. He was the best player for Portugal during the World Cup, but it wasn’t enough to reach the QFs. The odds for Ronaldo to win Ballon d’Or 2018 are 1.20 at Unibet Sportsbook, he is the bookie-favourite.

Will Messi win the Golden Ball again this year?

Lionel Messi is the second most likely person to win Golden Ball 2018. The odds for Messi to win Ballon d’Or 2018 are 9.00, also at Unibet Sportsbook. Last time Messi won the award was 2015, when he won the Treble with Barcelona. The next two years were Ronaldo’s, and this year, the Portuguese still seems to be better…

Messi won the Copa del Rey and La Liga with Barcelona, and he wanted to finally add the World Cup to his collection. However, he was strongly humiliated together with his whole team. Croatia trashed them in the group stages, from where they hardly qualified, only to be knocked out by France in the Round of 16.

As mentioned before, the World Cup can be a huge decisive factor when it comes to placing a bet on Ballon d’Or 2018 winner. Online sportsbook sites in Switzerland are also waiting for the tournament to end, so that they can see the chances better. However, we can already see some players performing better than others…

PSG youngster Kylian Mbappé could become one of the great discoveries of the tournament. The odds for Mbappé to win Ballon d’Or 2018 are 17.00. He will need to play amazing games against Belgium, help France beat them in the semi final and score important goals in the final as well, if he wants real chances to win the individual award in January.

We also need to mention Harry Kane, whose odds to win Ballon d’Or 2018 are 11.00. The Spurs striker is most likely to be the top scorer of the World Cup as he already counts 6 goals. You can also bet on de Bruyne, Neymar, Hazard or Salah to win Ballon d’Or 2018. Each could be explained but neither seems like the best option.

Neymar is definitely the most hyped player of all, but he had a weak season, he was knocked out of the Champions League in the Round of 16 and he made no difference in the World Cup either. His 21.00 odds are still pretty good compared to his actual performances though. Salah is also at 21.00, together with Eden Hazard. The former one was amazing in the Champions League, bringing Liverpool to the final, while the latter one is amazing in the World Cup, bringing Belgium to the semi finals – at least!

There is one person who might as well be the best pick to bet on Ballon d’Or 2018 winner. Luka Modric was superb all season with Real Madrid and he also has the Champions League trophy in his pockets, which is already a strong enough reason why sites in the online sportsbook directory should seriously consider him among the top candidates.

However, Modric has been doing incredibly well in the World Cup as well. With his leading, the team captain helped Croatia reach the World Cup semi finals upon beating Argentina in the group stages, Denmark in the Round of 16 and Russia in the QFs. They’ll face England in the semi-finals.

During these games, Luka Modric has been a true captain for his nation, having won the Man of the Match award 3 times. He missed a penalty against Denmark on extra time which took the game to penalty shootout, where he took another one and scored. You can imagine how mentally strong you have to be to do that!

Luka Modric and his team will face England in hopes of reaching the World Cup final. With the World Cup trophy in his pocket, right next to the Champions League trophy, Luka Modric would become the number one candidates to win Ballon d’Or 2018. Currently, the odds for Modric to win the Golden Ball are 17.00, just like the odds for Kylian Mbappé and Kevin De Bruyne.