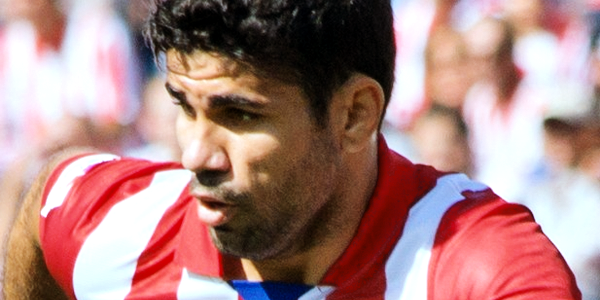 On his first league game back in La Liga, controversial striker Diego Costa has once again reminded everyone of his striking Yin Yang forces – he received a booking for elbowing an opponent, then went on to bag a goal a few minutes later, only to receive a second booking for unsportsmanlike conduct as part of his wild celebrations. It seems that with him things never change – the good comes with the bad – no matter what side he’s playing for.

Constant uncertainty tainted the early stages of his career

Diego da Silva Costa was born in Lagarto, Brazil in 1988, but while he was still a teen he moved to Europe, first being acquired by Portuguese side Braga before his right were purchased by Atletico Madrid, according to online sportbook news. The club from the Spanish capital believed Costa needed some more time to mature into a real player, so they shipped him off on loan to a number of sides all across Spain, before finally deciding to give him a permanent chance in their line-up in the 2012/13 season.

That same season Costa scored 20 across all competitions and helped the Rojiblancos defeat Real Madrid in the Copa del Rey final to clinch their first major trophy in years. The following campaign (2013/14) proved even more fruitful as Diego Simeone’s men broke the hegemony of both Barcelona and Real Madrid by winning La Liga for the first since the 1995/96 season; Costa found the back of the net 27 times domestically, while overall be bagged a cool 36 goals.

Controversy and talent go hand in hand for Costa

After missing out on the Champions League trophy in final against cross town rivals Real Madrid in 2013/14, the Brazilian-born striker chose to represent Spain – his adoptive country – in that year’s World Cup that was held in none other than his homeland – Brazil. Prior to that he made 2 appearances for Brazil and was set to solidify his place in the starting line-up for then manager Luiz Felipe Scolari’s team, thanks to his impressive season. However, Costa opted to wear the colours of La Roja, causing an uproar in his native land.

That same summer, Chelsea acquired Costa for a fee believed to be around £32m (€40) and he proved to be an instant hit in then manager Jose Mourinho’s squad, as the Blues went on to lift their first Premier League title since the 2009/10 campaign. The imposing striker recorded 20 goals in his debut season in England, but his antics on the pitch often saw him get in hot water with both other players and officials, which got him sent off numerous times in the title-winning season.

Can Atletico repeat the 2013/14 title-winning season with Costa in their team?

After winning his second Premier League title in 2016/17 – a season in which he once again scored 20 goals in the league – Costa didn’t report for Chelsea duty in the summer. A few months later, it was announced the London club and Atletico Madrid have struck a deal for Costa to return to La LIga once the January transfer window opened.

Before playing in his first league game and scoring against Madrid rivals Getafe, Costa made an appearance in Copa del Rey, which saw him bag a goal in his first official match for the Rojiblancos. But the question remains whether Diego Simeone can keep Costa disciplined long enough for it to bear results for the team, for the remainder of this campaign. Online sportsbooks in Spain strongly favour Barcelona to win the league, so we’re yet to see whether they’ll offer odds on either them or Atletico Madrid to seal the Spanish championship.