Bet on Next Republic of Ireland Manager: Will Keane Ever Replace O’Neill?

O’Neill’s contract runs until 2020, but the shocking (4-1) defeat to Wales in Nations League Group 4 has put the 65-year-old Irishman under the spotlight again. It is worth placing a bet on next Rep of Ireland manager to be Roy Keane or Mick McCarthy at the end of this year if they keep losing at Nations League. 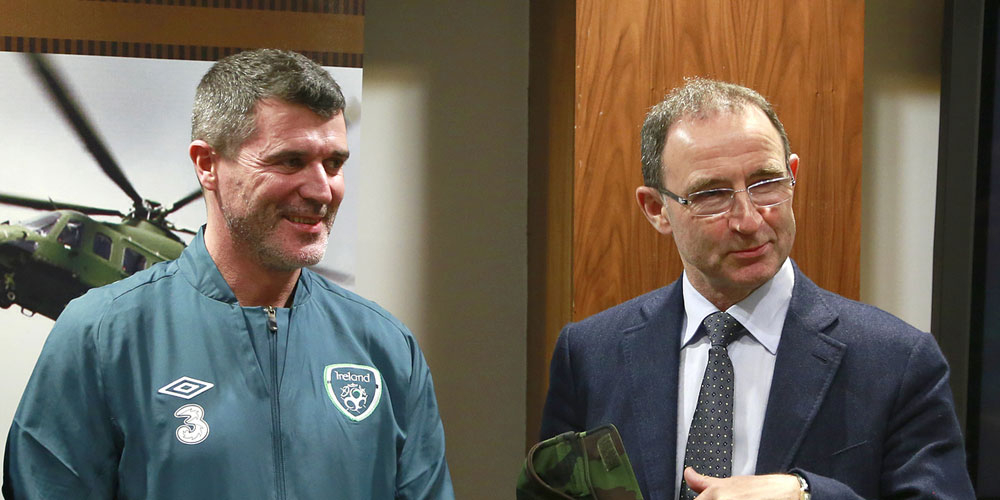 The Derry man Martin O’Neill has took over Ireland’s national team in 2013 and successfully guided the Boys in Green to the European Championships 2016. Yet after last year’s World Cup qualifications, the team seems to be on a downward drift. O’Neill’s men failed to reach to 2018 World Cup finals and lost their first match in Nations League B. Many fans want to see a change out of fear that their team might not qualify to Euro 2020 either. If you admire Irish football and look for a change, you will not find many online betting sites in Ireland offering odds to bet on next Rep of Ireland manager, but at Betvictor Sportsbook there are some great ones.
[suggested_topics title=’Ireland probably will not win Euro 2020′ topics=’141151′]

Will O’Neill Ever Leave?

Only one month before the humiliating defeat (5-1) by Denmark in the World Cup play-off, Martin O’Neill was awarded an extension to his contract until 2020. Soon after the team crushed out of the play-offs, online sportsbook news in Ireland began reporting on the likelihood of O’Neill stepping down.

O’Neill has not gone anywhere, and perhaps he will stay a bit longer. But since his job description is to qualify for competitions and earn money for FAI, another loss in Nations League will certainly raise the probability of sacking him this year. The Boys in Green were exposed against Wales and Denmark as an ageing team, without any idea as how to attack. If those weaknesses remain, a new fresh manager will be needed to replace O’Neill soon.

There are significant names who could replace O’Neill whenever he does leave. Roy Keane who has been O’Neills assistant ever since he took the job in 2013, is the favourite to step up and steer the ship, with odds at 3, according to Betvictor Sportsbook. There are pros and cons in appointing him, as he earned a manager of the year award in 2006, after helping Sunderland to come out of relegation in the Championship and to be promoted to the Premier League. Yet since then he had inconsistent spells with Sunderland and Ipswich Town until 2011.

Another significant name is Mick McCarthy, with odds at 4. McCarthy led Ireland to the 2002 World Cup, and took a squad packed with Premier League players to last 16 before losing to Spain in penalty shootout. He had long experience of coaching with Sunderland, Wolves, and Ipswich Town. He is right now without a job and is still a very popular figure among many Irish fans, but whether he will accept an offer from FAI is unsure.