Bet on British Achievements in 2020 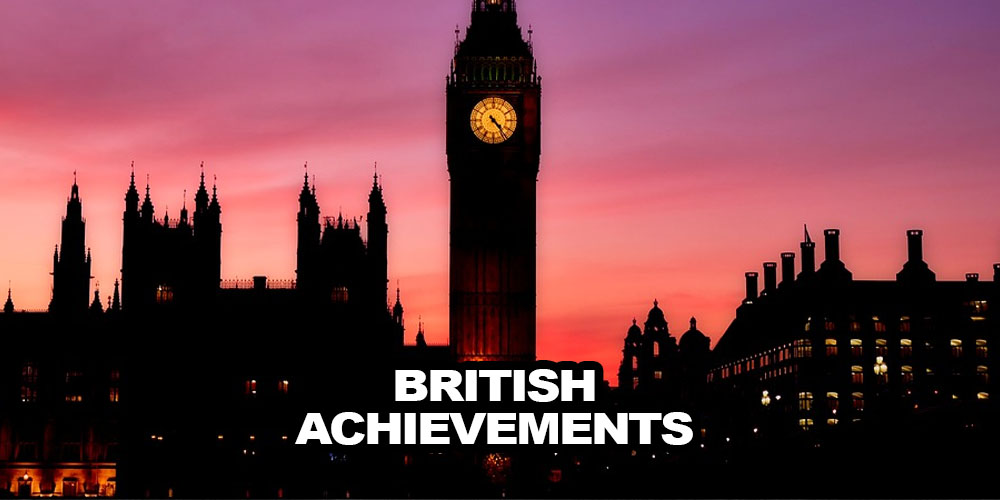 You can always find some interesting bets on betting sites. They are offering a chance to express your view about things happening in the world. These are perfect options for anyone who is not interested in sports but still would like the chance to win some extra. Like this option where you can bet on British Achievements in 2020.

It is a very interesting betting title, but it covers well the bets you can make under it. From a Brit getting a Nobel prize to be Time Magazine’s Person of the Year. You can bet on different topics with the odds being reasonable for all of them. So if you’re from the United Kingdom or just interested in everything that is British, check out our guide and choose a bet.

Most of the bets that are available on 1xBet are offering odds for a British winner in the different Nobel prize categories. From Economy to the Peace Prize. If you check the performance of the United Kingdom so far, you can discover that it collected the second-most number of Nobel prizes with 132, only the United States is ahead of them.

Brits have won in all categories, with Medicine being their most successful category. A British scientist, Peter J Ratcliffe, won the Nobel prize last year as well, for discovering how cells sense and adapt to oxygen availability. In previous winners, we find John Macleod, who discovered insulin or Sir Alexander Fleming who accidentally discovered penicillin. The odds are 7.00. to have another British victory in this category. The odds for a Brit winning the Economy Nobel prize is even better, 6.00. The last British winner was Oliver Hart in 2016, but English economists are usually in the nominees.

Probably the most famous Nobel prize is the Literature prize, where winners are more known to the wider public than the scientists in the other categories. We can find several British winners here as well, from Rudyard Kipling to the last British winner, Kazuo Ishiguro in 2017. The odds to have another British writer as a winner is 11.00 at 1xBet Sportsbook. One more category which usually attracts a lot of attention is the Nobel Peace Prize. It has also been awarded several times before for British politicians. Including David Trimble who worked with his Irish colleague, John Hume to find a peaceful solution in Northern Ireland. The odds for a Brit to win this prize in 2020 is 9.00.

Other betting options include the Oscar and the Man Booker Prize

You can also make bets in slightly lighter topics if you want to bet on British achievements in 2020. Like their performance at the next Oscar. British actors and actresses are also worldwide known and have won several Oscars before. The latest British winners in these categories include Gary Oldman who won the Best Actor Academy Award in 2017. While Eddie Redmayne won the same award in 2014 for his role in The Theory of Everything.

If we check the best British actresses, the last winner is Olivia Colman from 2018. But great actresses like Helen Mirren, Kate Winslet, and Julianne Moore have also won the award before. Online gambling sites in the UK are hoping for another British success in the next Academy Awards, with young talents and great legends are still waiting for a golden statue. They are offering the odds of 4.50 for another British Oscar winner.

British writers have an even bigger chance to win the next Man Booker Prize according to online sportsbooks in the UK. The prize is awarded every year to the best original novel written in English and published in the United Kingdom. It doesn’t mean though that only British writers can win it. We can find American, Australian and Irish winners from the previous years. Last year Canadian writer and poet, Margaret Atwood and British author Bernardine Evaristo jointly won the award. But of course, the chance for a British writer to win is quite high and this looks like a pretty safe bet with the odds of 1.665.

You can learn more about these odds here at 1xBet Sportsbook.