The Unfortunate Evolution Of US Healthcare Profiteering

News >The Unfortunate Evolution Of US Healthcare Profiteering 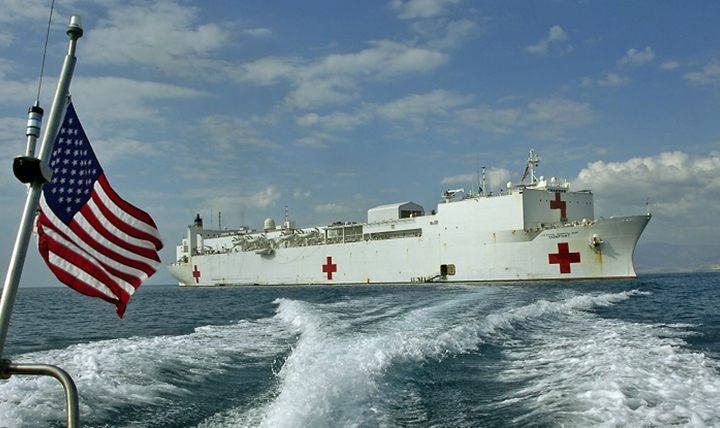 The US might well be the obvious example of healthcare profiteering, but its opponents rarely acknowledge that this was no one’s idea of a system. There was no over-all design behind it. It evolved over time into the beast it now is. Derided and decried, it is now a vast industry with the resources and connections to protect itself from interference. Critics of the US healthcare system rarely talk about why this system arose, and fail to spot why it might just be too late to change.

The road to hell, we are so often told, is paved with good intentions. US healthcare is a victim of just such a circumstance. It evolved not out of the greed of rich men in ivory towers, but from the maximization of personal potential on the part of the poor. Or at least poorer. Indeed if you wish to find who is ultimately responsible for healthcare profiteering in the US today, you’ll have to go back to the middle of the last century and blame a cabal of Japanese nationalist military officers.

“Healthcare is a conservative marketplace.”

World War II was thrust upon the US and its response was somewhat slow to build. In the months after Pearl Harbour the government took steps not only to take the fight to the enemy but protect the nation. Mostly from itself. The Stabilization Act of 1942 was just one piece of legislation. Perfectly sensibly, it kept prices and wages at levels to prevent inflation. It also had the knock on effect, quite unintentionally, setting the stage for today’s US healthcare profiteering.

The Supply & Demand Labour In Wartime

War has some odd effects on capitalist supply and demand. Beyond the core moral issues, you suddenly have far less labour than you require. The military removes much of the workforce leaving competition for the rest quite lively. With fixed wages, of course, it should make no difference. Unfortunately, employers don’t offer just wages. There is a direct link from US healthcare profiteering today back to wartime employers trying to attract talent with benefits.

“I believe that free-market principles will solve our healthcare problems.”

Who in time of war would refuse? The wages might be nothing special but they’re offering you better, private healthcare. So attractive was this that over time it became just a given. Jobs came with healthcare. If it didn’t, the job wasn’t as good as another you could get. US healthcare profiteering isn’t an evil scheme dreamed up by the likes of Martin Shkreli. It’s the result of fewer workers than there were jobs to fill. Supply and demand. A true product of the market.

This is criticized as a misapplication of capitalism. That the state should look after this sort of thing. In most nations it does. They tout their systems being free-at-the-point-of-care, because it isn’t actually free. Taxes pay for it. Sometimes quite inefficiently. Indeed US healthcare profiteering is at least somewhat honest. In the rest of the world it is hidden away behind the impenetrable walls of government bureaucracy. The corruption obscured, not wholly absent.

“It’s easy to get distracted by the vaudevillian aspects of the healthcare debate.”

It is unlikely we shall emerge from the current crisis without seeing evidence of healthcare profiteering both in the US and elsewhere. Louis Vuitton and Dior are making hand sanitizer now. It is doubtful they’re doing so at cost. Many say Covid-19 will underline all the issues with US healthcare. It’s shortcomings. It’s inability to provide for all. However, it is unlikely anyone else’s system will do any better in face of this pandemic, be it state controlled or privately run.

We take a look at how healthcare profiteering in the US wasn’t an evil scheme but a natural evolution from wartime economics.