Bet on Celebrity Exes to Get Back Together

News >Bet on Celebrity Exes to Get Back Together 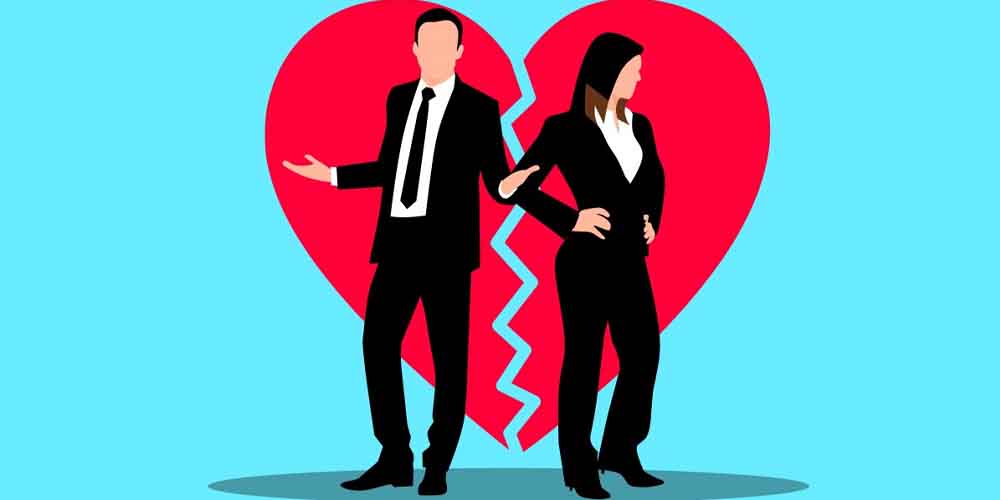 Life is an unpredictable thing, but when love and passion also burst into it, logic completely disappears. A simple example is marriage and divorce. It would seem that people part in order not to know anything more about each other and never see the annoying face. However, not everything is so simple. Indeed, quite often divorced couples converge again – some in the shortest possible time, and some in decades. As they say, it’s impossible to be with you, and it’s impossible to be without you. And do you know that you can win some money while predicting these comebacks? In this article, we will tell you how to bet on celebrity exes to get back together.

The reunion of 51-year-old Jennifer Lopez and 48-year-old Ben Affleck may turn out to be the loudest star couple’s comebacks in years. Indeed, the union of the couple, who met 17 years ago, was one of the brightest and most loved by the public. Ben and Jennifer were perceived as one. Fans even gave them the nickname Bennifer, which was derived from their names. Thus, millions followed the development of the relationship between the singer and the actor with great curiosity. Jennifer Lopez and Ben Affleck met in 2002 on the set of Gigli and soon began dating. A few months later they worked together on Lopez’s music video for the song Jenny from the Block. In November 2002, they announced their engagement. They planned to play the wedding in September 2003.

Due to excessive media attention to our wedding, we decided to postpone the date. “When we realized we were seriously thinking about hiring three fake brides to distract the paparazzi’s attention, we knew something was wrong. We felt that the day that should have been the happiest day of our lives could be compromised. We realized that what was supposed to be the most joyful and sacred day for us and our loved ones could be spoiled,” – they said. However, online sportsbooks in the USA didn’t get a chance to offer a bet on the new wedding date.

To be or not to be

When the couple announced their engagement, their fans, of course, were delighted. However, to their great disappointment, the wedding never took place. Unfortunately, Ben and Jennifer canceled it shortly before the scheduled date of the celebration. In January 2004, it became known about their separation. A spokesman for Lopez said she broke off her engagement to Affleck. However, the official reason was not announced. Ben and Jennifer themselves said that it was all the fault of the excessive media attention they constantly faced during their relationship. Since then, each of them has gone his own way, while maintaining friendly relations.

Recently, the first rumors about their romance appeared. Besides, then photo confirmation and other details of their romantic relationship followed. What will result in their second attempt to build a relationship and how far the lovers will go, time will tell. In the meantime, we suggest you visit the 1XBet Sportsbook and bet on celebrity exes to get back together. On the platform, you will also find various celebrity bets. Learn How to Bet on Celebrity Divorces to increase your chances of winning.

Bet on celebrity exes to get back together: Kylie Jenner and Travis Scott

Kylie Jenner and Travis Scott are reportedly back together after the couple, who have two-year-old daughter Stormi, split up last year. On the 8th of March, the American tabloid news site reported that 22-year-old Kylie Jenner and 27-year-old Travis Scott are back together. Sources have claimed that the beauty queen and rapper are back in a romantic relationship. However, they aren’t quite ready to give a name to who they currently are to each other. Last week, a single mother made headlines when she was spotted leaving a popular West Hollywood nightclub with her sisters and 33-year-old Drake. With the latter, she first had a romantic relationship after she and the Canadian singer parted ways in September. 2019. She attended the hit song Hotline Bling’s 33rd birthday party a month after their breakup. Besides, she reportedly never strayed too far from Drake that evening.

Insider exclusive detailed news has recently been in full swing in the press with similar reports that they are now together. “Kylie feels easier to be romantically involved with Travis without unnecessary commitment, and since they decided to communicate more with each other,” our source said. “Travis has everything. Because he loves her, and she loves him, and this is the most important thing for them now. Besides, they do not want to burden and add anything else to determine, because this can only add a headache they don’t want. They were romantic, they will continue to be in love. However, if someone wants to say that they are something more or not, they will keep this answer deep in their souls in the area of ​​the heart, hiding it under their vests. Because for them this question is not a public business, what they do in their private time together.”

Earlier this year, 35-year-old Khloe Kardashian experienced a betrayal. Unfortunately, a 28-year-old lover and father of her daughter Tristan Thompson cheated on her with a family friend, 22-year-old Georgine Woods. In the first months after what happened, Chloe was offended by Tristan and did not want to know him. However, over time, the passions subsided, and Kardashian was able to establish friendly relations with the ex-lover. This she demonstrated in one of the recent series of the reality show Keeping Up with the Kardashians. Thus, you can visit online sportsbooks in the USA and bet on celebrity exes to get back together.

Many fans were surprised to see how Chloe communicates with Tristan, who once betrayed her. In response to questions from followers, Kardashian wrote a big post on her Instagram. There she admitted that she no longer holds evil against her ex-boyfriend. “I have no negative emotions or hatred towards anyone. Life is too short! And who am I to judge anyone? Yes, I’m allowed to feel pain. It would be foolish to pretend that I do not experience it. However, I don’t want to carry hatred in my heart. I want peace and decided not to pollute my heart with negativity. I am allowed to forgive. Forgiveness is strength, not weakness,” – said Chloe.

And what about Georgine Woods?

Kardashian clarified that she is grateful to all people in her life, regardless of how they once did to her. Chloe admitted that she worked a lot on herself to let go of all situations from the past and learn to forgive. Also, she advised all people to be easier and kinder. Recall that in February 2019, Khloe Kardashian broke off relations with her lover and her daughter’s father. The reason was Tristan’s betrayal of the once best friend of Kylie Jenner (Chloe’s younger sister) Georgine Woods. Moreover, eyewitnesses claimed that Tristan and Georgine met at a house party and spent the entire night together. At the same time, their communication was difficult to call friends.

Georgine later gave a frank interview in which she said that that night between her and Tristan there was nothing but an innocent kiss on the lips goodbye. At the same time, Woods admitted her guilt and took responsibility for what happened. However, she insisted that she was not at all the reason for the separation of Chloe and Tristan. Now, the couple has a chance to get back together. And if not, you can always learn How to Bet on Celebrity Fights in the 1XBet Sportsbook.

Bet on celebrity exes to get back together: Kendall Jenner and Devin Booker

Not all representatives of the Kardashian-Jenner star family, who made a reality show out of his life, willingly share personal news on the network. Indeed, the most secretive of these is perhaps a 24-year-old Kendall Jenner. More is known about the celebrity’s modeling career than about matters of the heart. However, some information still appears on the network. Last summer, sources from the circle of her sister Kim Kardashian assured that Jenner was dating 23-year-old basketball player Devin Booker, who plays for the NBA Phoenix Suns. However, the rumor didn’t last long. And this year, the alleged couple reminded of themselves again.

Kendall posted new frames on her Instagram, changing the color of her eyes using a filter. But instead of a signature, she put a smiley in the form of a strawberry. “I love strawberry,” – commented on the post of the model Devin Booker and received from her a new portion of emoticons in response. Soon, Jenner shared a frame in a striped bikini in a story. In June, Kendall and Devin were seen in the same car after having a meal at a restaurant. And in April, if you believe the guesses of the press, they went to Arizona together. A romantic trip was hinted at by shots with similar views that appeared on the pages of the athlete and the model on the social network. Over the past few years, Kendall Jenner has had several relationships with basketball players. Indeed, she dated NBA players Blake Griffin and Ben Simmons. But maybe now it’s time to learn How To Bet On Celebrity Weddings and make your bet in 1xBet Sportsbook. Good luck!