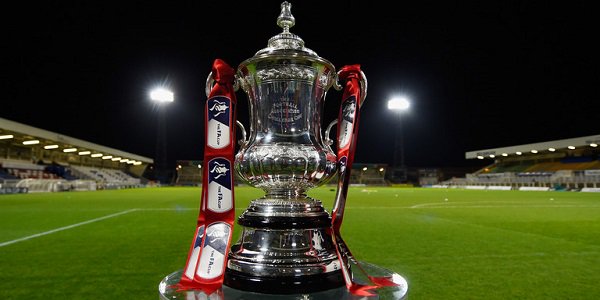 The FA Cup 2017 Semi-Finals are coming up this weekend and it gives us an idea of which city rules English football this season: 3 out of the 4 remaining contenders are from London: Chelsea, Tottenham and Arsenal, Manchester City being the black horses. Which London-team will make it to the Final match, and what are the odds for FA Cup 2017 Semi-Finals? Let’s take an overview of what online sportsbooks in the UK expect!

Chelsea joined FA Cup 2017 in the Round of 32 and they knocked Brentford out by 4-0. They faced Wolverhampton in the Round of 16 and went on with a 0-2 result on away field, only to stop José Mourinho’s Red Army in the Quarter-Final. Now they are just ahead of the FA Cup 2017 Semi-Finals, where they are about to face city-rival Tottenham Hotspur.

Tottenham’s way till here is a bit less complicated than that of their Londoner opponents: They hardly beat Wycombe by 4-3 in the first round, but easily qualified to the Quarter-Finals through beating Fulham 0-3. Their next opponent was Millwall, whom they sent home by 6-0. Chelsea will be their first real challenge. Can they make it?

Let’s take a look at what online sportsbooks expect from the London-derby. Both teams are among the top favourite to win FA Cup 2017. The outright odds for Chelsea to win the trophy are 3.60 (13/5) at Betfair, while those for Tottenham are 4.00 (3/1) at BetVictor. Bet365 remains indecisive in the question: the odds for Chelsea to qualify and the odds for Tottenham to qualify are the same: 1.83 (5/6).

Arsenal’s way of making it to FA Cup 2017 Semi-Finals is a little bit similar to that of Tottenham: no real challenge up until now. They knocked Southampton and Lincoln City out by 0-5, and Sutton United were also incapable of stopping them; 0-2 there. Now they are to beat Manchester City…

Pep Guardiola’s men also failed to meet any real contenders so far who could have been a challenge for them, so it’s now a wonder that they made it this far. Online betting news in the UK only expected it: they arrived here through beating West Ham, Crystal Palace, Huddersfield and Middlesbrough.

Now these two teams are ready to face each other to decide which one deserve a spot at the FA Cup 2017 Final. The odds are in favour of the Manchester-based team: the odds for Manchester City to win FA Cup are 3.00 (2/1) at Betway, while those for Arsenal are 6.00 (5/1) at 32Red. Man City’s qualifying odds are only 1.50 (1/2) at Coral Sportsbook. Betting on the underdogs would mean betting on Arsenal this time.