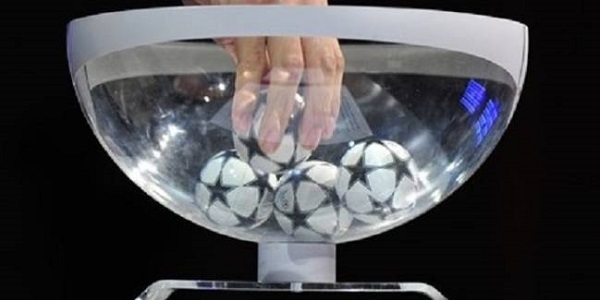 Which match do you find more exciting as a result of the Champions League Draw Last 4? Which teams will play the final upon today’s sorting? What are your Champions League betting predictions?

Online betting news in the EU have been extremely excited since Wednesday night. That’s when we have found out which will be the final four teams in Champions League and we have been waiting for this moment since then. But the Champions League draw last 4 has finally arrived. And it brought us some pretty awesome challenges. Let’s see the pairings and the chances of who can make it to Champions League final 2017!

Real Madrid have been drawn with the toughest opponent in the previous round. They were playing against Carlo Ancelotti’s Bayern Munich, who were number one favourites to win Champions League. However, Real Madrid played a terrific game in Munich, winning 1-2 thanks to Manuel Neuer’s genius. They lost in Madrid 1-2 thanks to the referee’s horrible performances, but they eventually won 4-2 on extra time and are waiting for the Champions League semi-final 2017 confidently.

Atletico Madrid’s road to Champions League 2017 semi-finals was the easiest of all, probably. They faced the Premier League’s surprising champions, Leicester City, in the previous round. With all due respect, Leicester is a pretty team but it’s a completely different level. Yet Atletico only managed to win at home with a controversial penalty and they tied 1-1 in England. Not such a confident performance, we’ll see what it is enough for.

The first game is to be played at Santiago Bernabéu, while the second one, at Vicente Calderón. Online sportsbooks in Spain can be a little bit disappointed right now: there will not be a third Derbi Madrileno in the Champions League final in 4 years. However, one Madrid-based team is sure to be there.

AS Monaco vs Juventus: who will qualify?

AS Monaco is one of the most talented football teams nowadays. They are full of the best young football talents in France and they play attractive football. They knocked Dortmund out by confidently winning both legs, however, the first one was pretty controversial: Dortmund players were attacked by terrorists and they had less than 24 hours to recover. How could a professional football team concentrate for such an important game after such a horrifying event? Yet Monaco deserves a place this season, let’s see what they will be capable of!

Juventus were facing the most controversial team in the previous round: they were playing against FC Barcelona, who did not even deserve to be there in the first place. Juventus easily trashed the Catalans on the first leg: they won by 3-0 surprising all Champions League betting predictions. The second leg went on without any excitement: a boring 0-0, which put Juventus in the semi-finals and Barcelona, home. Juventus are serious candidates to win Champions League this year.

The match between these two teams is expected to be a terrific encounter. AS Monaco’s attacking style and pace is outstanding, nor Dortmund nor Man City were capable of defending against them. However, Juventus has amazing defensive skills: they have kept a clean sheet on 8 of their 10 Champions League matches, which is quite an achievement.

The AS Monaco vs Juventus will be a classic football battle which will decide what’s worth more: attacking, or defending. Of course online sportsbooks regard Juventus as favourites: more historic team, more famous players, more prestigious club all in all. However, it would be a mistake to write Monaco off already.