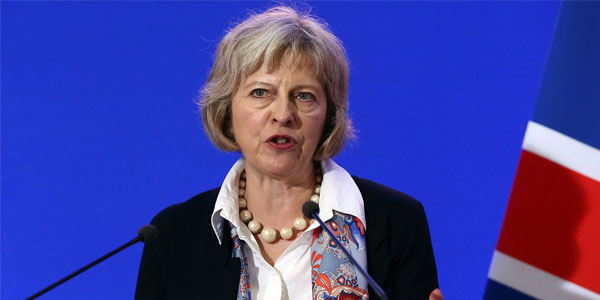 A surprise announcement from the Prime Minister? Was the Queen dead? Had anyone seen the Duke of Edinburgh today? Were we going to nuke North Korea or apply to be another US state? Had someone found Lord Lucan? We waited agog to hear, and then the lady known for her kitten heels popped out to the microphones and bet on the general election of MPs to save her from having to explain herself during the Brexit negotiations. You could have knocked us down with a feather.

For a politics junkies the shock announcement by British Prime Minister Teresa May that she would be calling a snap General Election in the UK on June the 8th was like all our Christmases coming at once. Having triggered Article 50 to officially request exit from the European Union many of us thought the UK political scene was doomed to a dull couple of years of boring detail rich negotiations with the government severely harassed, but instead Mrs May has bet on the general election to ease her Brexit.

Calling an early election is a bit of a gamble, but given her opposition is in disarray perhaps there is method to Mrs May’s madness. She has bet on the general election result being so favorable to her and her party that she will be able to claim a mandate for her Brexit strategy, and with the polls showing the Conservatives 21% ahead of Labour, she might be right. Certainly no one in the UK gambling laws of tribal politics will save Labour is displaying any sense, they appear almost irrevocably doomed.

A Tory Leader Gambling On A Vote? What Could Possibly Go Wrong…?

Labour are the official opposition but mostly what they oppose is themselves. Their leader Jeremy Corbyn is an old school socialist that most of the parliamentary party loathe and his animosity with the press has lead him to be blamed for everything from poor weather to unemployment. Most people think him unelectable. They’re probably right, and indeed no one in the UK gambling news this June will be of a shock Labour victory is likely to see their bet on the general election at Bet365 go their way.

Jeremy Corbyn and the Labour party are considerable underdogs to win (photo: bbc.co.uk)

That leaves UKIP, the political party for racists who don’t like to brag about it, who might well claim up to 10% support across the country and may get even more if the campaign is allowed to be centered around Brexit, immigration and how we should bring back the 1950s. The other opposition party is perhaps the best bet on the general election, the Liberal Democrats. They might not win power but they’ll certainly show the biggest improvement, if only because there’s only nine of them right now.

Bet On The General Election At Bet365

The polls show the Conservatives on 44%, Labour on 23%, the Liberal Democrats on 12% and UKIP getting just 10% right now, but so a bet on the general election looks like a no-brainer but be careful, the Tories aren’t a complete shoo-in for the win. The Crown Prosecution Service is considering criminal charges against 30 Conservative MPs for fiscal irregularities so that could have an effect, and of course the international situation in say Syria or North Korea could also play a role, especially if WWIII starts.

The bookies like Bet365 are pretty sure, however, the Conservatives will retain power garnering 1/16 to win the most seats, whilst Labour can only manage 12/1, although if you root around a bit you can find 5/1 on a Hung Parliament which might be worth a punt, after all, no one really knows what is going to happen, least of all those that failed to predict Brexit or Trump. A bet on the general election then may not feel like your usual bet on sports in the UK because the outcome might not be all that clear cut.