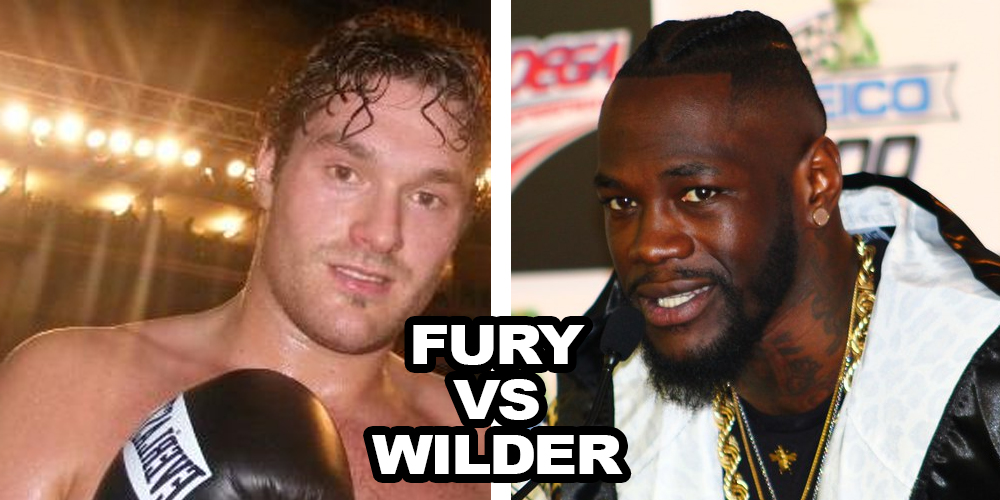 A trilogy fight between the two heavyweights Tyson Fury vs Deontay Wilder is on the horizon. It is set to take place in the summer, with the official announcement yet to be made anytime soon. You can place a bet on Fury vs Wilder 3, with Fury obviously being the favorite.

Online sportsbook news sites in the United States expect the two heavyweights to face off once again on July 18. The MGM Grand in Las Vegas will likely stage the fight, but the Middle East is also among the mentioned areas to host the trilogy. It will kick off a month after Anthony Joshua defends his WBO, WBA and IBF belts against Kubrat Pulev. Many hope the unification fight will finally come to reality in 2020.

Wilder will have his last chance to prove he is the world’s top heavyweight and to reclaim the belts. However, he was heavily beaten up during the seven rounds on February 22. Many also think he was heavily outboxed in the first fight despite the split draw. Therefore, should you place a bet on Fury vs Wilder 3 keep in mind that Fury will certainly remain the favorite until the bell rings.

Only one week after the first professional loss in his career, Wilder enacted the rematch clause. The 34-year-old from Alabama has been completely avoiding the media. He showed up only once on social media, to assure his fans he will seek revenge. Despite being beaten up in the second fight, the odds are not astronomical against Wilder. His odds stand at +275, as per Unibet Sportsbook. Probably many analysts at online gambling sites in the United States still believe in Wilder’s right hand. Not to mention, that most boxing fans have been putting their money on Wilder, according to Forbes.

Fury made two upsets in a row

After the first fight, Tyson Fury was the favorite for about 14 months of the build-up for the rematch. However, the odds flipped in the last week for the heavy hitter from Alabama, allowing Fury to make the second upset in a row. He proved to be the superior boxer among the two. With the employment of two different strategies in the two matches, Fury became one of the most unpredictable fighters in the division. In the first fight Fury focused on outboxing Wilder, while in the second fight Fury went all-out onslaught that led to the knockout.

Tyson Fury is currently the lineal, WBC and Ring Magazine champion. He has a record of 30-0-1, 21 KOs. Besides, Fury is the only undefeated heavyweight in the top ten (except the newcomer Oleksandr Usyk), according to BoxRec. To no surprise, he will remain the favorite to win the trilogy with -400 odds.

What to expect from the trilogy?

When placing a bet on Fury vs Wilder 3, expect the fight will be heavily tactical, and the unexpected might happen again. For Fury, the same strategy on the second fight might work again. Closing the distance takes the power out of Wilder’s hands, and throwing extra weight on Wilder’s shoulders tires him out. Besides, another strong punch affecting Wilder’s equilibrium can end the fight.

On the other side of the ring, Wilder has to make lots of adjustments to reclaim his belts. He might have to focus on circling and firing his jab more often to maintain distance. Although Wilder is not the kind of fighters who can go for a point-fighting style, a trilogy might look completely different. Not to mention that if Wilder decides to storm out of the gate at the start of the fight and let his hands fly, the fight can go either way.

To stay tuned to all the best boxing odds, check out the review about Unibet Sportsbook.