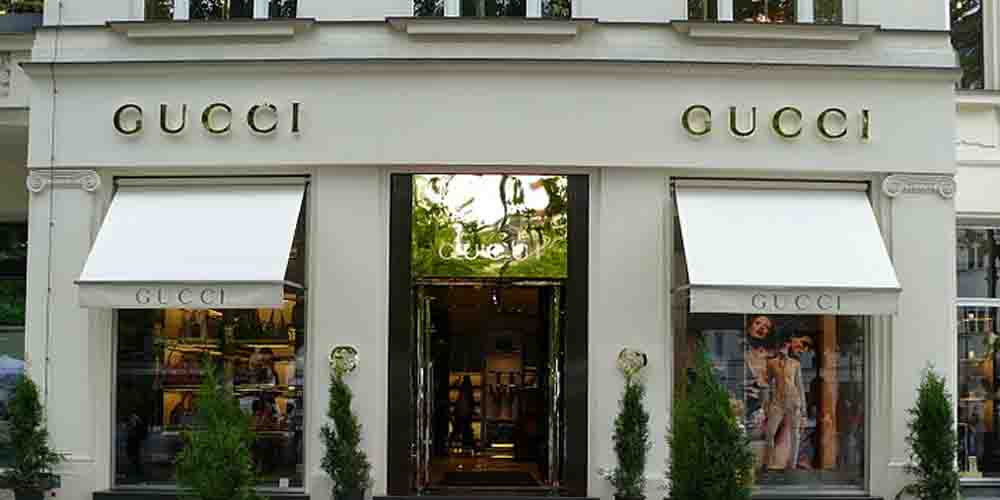 Since March, after the first photo from the filming of Ridley Scott’s House of Gucci appeared on the network, talk about a new movie has not subsided. They discuss not only the twists and turns in the Gucci family, but also the unrecognizable reincarnations of the actors on the set. The singer and actress Lady Gaga got the role of the notorious socialite Patricia Reggiani, the ex-wife of Maurizio Gucci, who was found guilty of his murder. The role of the grandson of the founder of the House of Gucci, the last manager of the dynasty, went to Adam Driver. Let’s make our bet on the House of Gucci movie before it appears on the screen!

Although the filming of the project began only this year, for the first time they started talking about it back in 2006. According to various rumors, over the years, Angelina Jolie (Leonardo DiCaprio was to become her partner), Penelope Cruz, and Margot Robbie applied for the role of Patricia. In 2019, Lady Gaga got the role (by the way, the star has Italian roots). This is the first film project she has joined since A Star is Born. Recall that this work brought her an Oscar for the soundtrack Shallow. In April 2020, Metro-Goldwyn-Mayer acquired the rights to the film. After it, they finally revealed the names of other members of the cast. By the way, online sportsbooks in the USA are also following various events in the movie industry.

The beginning of the filming of “House of Gucci” became known back in 2006. Ridley Scott (known to us from films such as Alien, Blade Runner, Gladiator, The Martian) was appointed director. Meanwhile, the main roles were to be played by Angelina Jolie and Leonardo DiCaprio. Six years later, the picture did not make much progress in production. Therefore, then Scott was replaced by his daughter Jordan, who decided that Penelope Cruz would play the main character. Four more years passed, and Wong Kar-Wai (director of the Hong Kong New Wave) took the director’s chair, who invited Margot Robbie to the main role. It was only at the end of 2019 that it was decided that Ridley Scott would shoot, and Lady Gaga would play Patricia Reggiani. Meanwhile, Maurizio Gucci would be played by Adam Driver.

Indeed, the cast of the film turned out to be very stellar. Jared Leto will play the role of Paolo Gucci, Aldo Gucci – Al Pacino, Rodolfo Gucci – Jeremy Irons, and Paola Franchi – Camille Cotten. All the cards have not yet been revealed, hinting that a couple of Hollywood favorites will appear in the film. House of Gucci will be Lady Gaga’s first film role since the release of A Star Is Born in 2018. Gaga will play the wife of the late Maurizio Gucci, the heir to the Italian brand. And you remember the actor Adam Driver from “Marriage Story” and “Star Wars”, where Driver embodied Kylo Ren. Rumor has it that Reeve Carney (known for Scary Tales) and Jack Houston (American Scam) will join the cast.

Bet on the House of Gucci Movie: Interesting facts

It became known that Patricia Reggiani has a million reasons why she is not thrilled to be played by Lady Gaga. In one of her recent interviews, she said that she was rather annoyed that Gaga did not pay enough attention to her person. Besides, she could not even find a free minute to call Patricia or meet with her and talk. Reggiani clarified that she would not receive a cent from this picture. However, the behavior of the actress is a manifestation of total disrespect. Have Bets on Series And Movies Explained before visiting the 1XBET Sportsbook and picking the odds. A few weeks ago, Lady Gaga uploaded a picture with Adam Driver to her Instagram account, signing it: “Signor and Signora Gucci.” The artist’s fans filled them with hearts (the post has already collected more than four million likes) and compliments that they look very cool together.

Recall that Driver has been married to actress Joan Tucker since 2013, but Gaga is still free. Later, new photos of this couple appeared. Here, during lunchtime, the Lady feeds Adam with an Italian pie and very carefully wipes his mouth with a napkin. After this, the followers of the artists ceased to doubt that they were dating, and began to admire the new couple. The actors themselves remain silent for now. However, knowing that Gaga is a pro in stirring up interest not only in her person, but also in the film in which she is filming, and in the partner with whom she directly interacts in the frame. Let’s immediately recall the rumors about her romance with Bradley Cooper during the filming of the film ” A star is born ”. Besides, one might suspect that all this is a well-planned farce.

It’s such a loud story that it’s hard to spoil it. The plot revolves around the marriage of Patricia Reggiani and Maurizio Gucci, the heir to the House of Gucci. In 1985, after 12 years of marriage, Maurizio left Patricia for a younger girl. On March 27, 1995, he was shot by an assassin hired by his ex-wife. The film revolves around preparation for a trial in which Reggiani was found guilty. They sentenced her to 29 years in prison. Indeed, tabloids around the world have dubbed Patricia Reggiani “the black widow.” She was released for good behavior after 18 years in prison in 2016.

Presumably, while all the shooting takes place directly in Italy, in the homeland of Gucci. The process began in Rome. Recently, Gaga shared on Instagram a snapshot of her and Adam Driver posing in the mountains. They took in the Gressoney Valley in the Italian Alps. However, as a literary basis for the script of the crime drama The House of Gucci, Sarah Gay Forden’s book “House of Gucci: A Sensational Story of Murder, Madness, Glamor and Greed”, published in the early 2000s, was taken. The central event of the tape will be the murder of Maurizio Gucci. It took place in 1995 on the doorstep of his office, commissioned by his ex-wife Patricia Reggiani.

Even though after the divorce she received good compensation (the amount was equivalent to 500,000 US dollars a year), she had the obsessive thoughts that Maurizio left her for the young mistress Paola Franca and their romance. As a result, it may lead to the fact that the inheritance of Gucci would have to be divided. Or even worse, it wouldn’t go not to their two daughters (Allegra and Alessandra), but someone else. Therefore, Patricia took such a radical step.

Bet on the House of Gucci movie: Based on a true story

By the way, Patricia’s guilt was proven in the late 90s, and she went to prison for 29 years. Her daughters tried to overturn the sentence, saying that their mother was not herself due to a brain tumor. Indeed, it was true. However, Reggiani underwent surgery to remove it without any negative consequences. Then the court reduced the term to 26 years. But for good behavior, Reggiani was released earlier (in 2016 – in the end, she served 18 years).

Now she lives in Milan and leads a wealthy lifestyle. First, she received a £ 900,000 rent from Gucci real estate. And secondly, the entire amount of the annual compensation for the divorce from Maurizio during her time in prison was credited to her account. And this is more than £ 16 million! Online sportsbooks in the USA offer you to bet on the Best TV Drama Series and many other events connected to celebrities.

MGM is set to premiere on November 24, 2021, coinciding with Gucci’s centenary. If by this time everything goes according to the plan, then the film will appear on the big screen. And not on some streaming platform. Although we are already used to this. And that means the red carpet and, of course, Gaga’s outstanding outfits. Learn more about How to Make Entertainment Bets before making your bet on the House of Gucci movie in the 1XBET Sportsbook. Good luck!