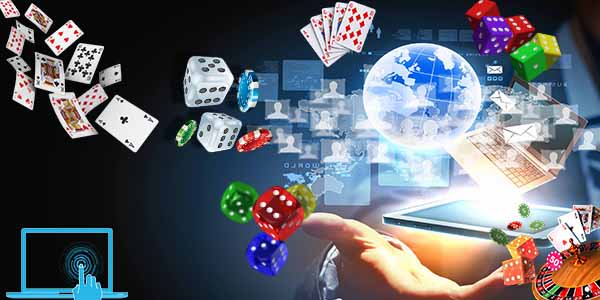 Technology has long been part and parcel of gambling. Pretty much every invention ever first tested had at least someone in the room crossing their fingers not in hope of a new leap in mankind’s knowledge or facility, but because he had a twenty riding on it with someone else in the room who wasn’t convinced by the computer simulation results. As far back as you care to look humans have taken technology and used it to compete, and by dint of that, gamble. Sports as we know them today have often been reluctant to sully the purity with the newfangled but with the rise of the internet they’ve had little choice.

The barely media savvy public of yesteryear who thought a teleprinter punching up the football results as they came through on black and white television was the height of modernity couldn’t possibly have any idea of the epoch creating change that the internet would wrought upon the world. It’s effects on sports have been profound with a demand for instant access to statistics, results, histories, pictures and video, and these days live streaming. Sports that had practiced by pandering to the TV schedulers for many years now have to bow to the wishes of the internet, and particularly those wagering upon it.

Sites like Bet365 provide an ability for punters to focus on their key markets, books and bets. A techno-savvy market demands ever more options and facility and the provision of these has kept the main interfaces between sports and the net, online sportsbooks in UK, constantly developing new technologies to do so, and better ways of presenting them. Slick graphics and clear and concise odds presentation are all important as they seek to give customers complete access without total overload. As mobile technology increases that sector of the market year on year, too much on a small screen can be as bad as the large white open spaces on internet sites of old.

The Premier League in the UK was the rebranding of football that took it out of the previous era and into a far more lucrative fiscal standing with global television rights and massive merchandising sales all fueled by a greater public awareness and access level driven further by the explosion in internet proliferation. Whilst the globalization of sport in this manner has been of great boon to big brand teams like Manchester United and Chelsea, Real Madrid and Barcelona, driving up profits and raising profiles, it has also carried with it the requirement of the public in these overseas locations for opportunities to gamble upon it.

Bet365 introduced translation of its sites into other languages early on and likewise was quick to adopt foreign currency deposits, bets and transactions giving it an ever wider pool of players be they of whatever gambling ilk. This has meant that the sponsorship deals they’ve established with a number of British clubs are seen by a bigger audience adding to the profile of the site across the world. But Bet365 hasn’t simply sponsored teams having taken the sports gambling market into a new arena and demonstrating that market crossovers are there to be leveraged.

The sponsorship of “Emmerdale” a soap opera on British television portraying a rural community in the manner only a soap opera can, demonstrated that the image of the previous era, of grim betting shops and social stigma, had been swept away by the bulldozer of the all invading internet that had rendered gambling cleaner and more simple, more accessible, more inclusive and morally acceptable. Granny’s game of bingo had gone hi-tech. The use of television sponsorship not of a sporting programme but one of human dynamics has been seen by some industry watchers as an active lure to gain a greater number of women’s engagement with the internet site and with gambling as a whole as the accessibility is no longer restricted by social attitudes to gender.

Online gambling sites in UK like Bet365 had always known there would be a linkage between televised games and the gambling upon them, but the degree to which that could be used was always a matter of conjecture until the 2009/10 campaign by the company that put live odds in front of the television audience during the advert breaks in televised matches. Fronted by the reassuringly gravelly tones of Ray Winstone, who carries charm and menace in equal measure, this remains hugely successful.

Gambling began as a private affair between almost co-conspirators, then moved into the inns and taverns of societies as they developed, only over time to be repressed and sectioned away as regimes sought to control what they saw as a pernicious challenge to their stated moral positions. The internet and Bet365‘s advertising campaigns have stood all that on its head, as the world of gambling is no longer hidden away like some seedy dark secret but pops up just before the adverts for the next family car or that brand of dog food with the cute puppy in the commercial.

Almost completing a circle as Ray Winston invites you to gamble on who might score next in the match you’re watching, he isn’t just reversing history at a stroke, but highlighting that attitudes have long since outstripped supposed political realities. Gambling had been brought into the living room to a family audience without it feeling like a bookie had set up shop in the kitchen, and it wasn’t only in the UK but across Europe that this complete reversal was occurring. Certainly results had been announced before but not the opportunities themselves outside fleeting references to the horse racing.

Live streaming the matches on the site created a cross over in the other way, not the gambling coming to the TV audience, but the TV audience, especially those away from a television, using the site as an access point to watch the games. That mobility is probably the key to the future of gambling as estimates put the segment as representing 17% of total by 2015, so there will inevitably be a focus upon the new frontiers of mobile betting as sites like Bet365 meet the challenges of ever more large data demands across mobile platforms.

The internet has come out of the spotty geek’s bedroom, and betting has come in out of the cold, the combination created by the commonality of mobile phones, tablet computers, and digital television has brought gambling opportunities to an ever growing number of people who wish to engage more closely with the sports they watch, they want instant access to the opportunities that sites like Bet365 provide and they’ve the power at their fingertips to do so. Expansion in the market in the foreseeable future is almost a certainty and that only means that technology is already looking at new ways to provide for sports bettors online, and we’ll soon see what they are.