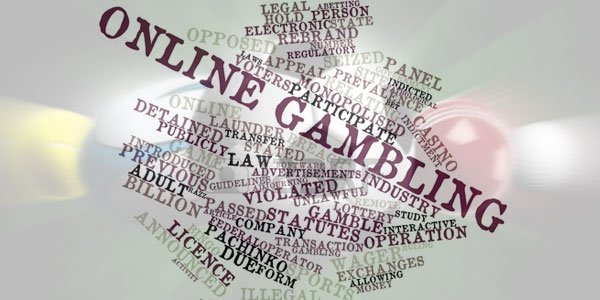 Gambling giants are pouring millions in advertising, in an attempt to claim larger share of the betting market.

It is not surprising that this advertising boom is happening right before the implementation of new tax related to UK gambling laws.

The new point of consumption tax will affect online gambling operators, which serve customers in the UK. The new tax will come into effect on 1st December 2014 and betting companies will have to pay 15% tax on the gross profits they generate from UK customers, regardless of where the operators are located.

Thus, even companies, which are based in foreign tax paradise, have to obtain UK license and pay taxes in the country. The government made the estimation that the national annual tax revenue will increase with GBP 300 million, which will be confirmed by the government’s budget statement next month.

• Government will impose new 15% point of consumption tax on operators that enjoy UK players, despite the location of the company

Sajid Javid, economic secretary to the Treasury, commented on the changes, which are expected to “ensure that remote gambling operators who have UK customers make a fair contribution to the public finances.”

This unfortunate change for the UK internet casinos is not a surprise, as two years ago it was acknowledged as a key component of the new Gambling (Licensing and Advertising) Bill, proposed by the government.

The changed legislation will require all UK exposed operators to obtain a license issued by the UK Gambling Commission. This is going to be the end of the notorious “white list”, which until now allowed operators licensed in places like Antigua, the Isle of Man, Curacao, Gibraltar, etc. to promote their services in the UK.

All operators, which don’t follow the new regulation will have to pay massive fines, face up to seven years prison sentence and expect an annulment of their remote gambling licenses.

Effect of the new regulation on the market

Currently, companies like Ladbrokes, William Hill, Betfair, etc, which are based in Gibraltar enjoy a 1% tax rate with a GBP 425,000 cap.

Clive Hawkswood, head of the Remote Gambling Association, commented that his lobby group had expected this tax axe to fall for long time and now when a specific rate has been announced, “the focus for us now is on trying to get the actual rate of the tax reduced.”

Hawkswood added that a rate below 10% was acceptable for the industry and would be supported by the latest industry-commissioned report by KPMG.

He warned that the new higher tax will force operators to impose the costs to their bettors, who will probably reorient themselves and look for better gambling options at “new rivals springing up in the Caribbean, Central America.”

Hawkswood suggested that the government should impose tax that allows UK-licensed operators to stay competitive to “places that have zero or 1% tax.”

The big winner at the moment is the advertising industry, which is taking full advantage of the difficult situation, experienced by UK operators. Broadcasters, which show a lot of sports programs, such as ITV, BT and Sky are particularly beneficial.

The current spending on advertising by gambling companies is the highest ever, as they are trying to make the most profit, while they are still enjoying the low tax levels before the implementation of the new taxation.

Scott Longley, gambling analyst from Gambling Compliance, commented: “There was fierce competition for advertising packages during this current football season and companies are already preparing to bid record amounts for the new season.”

Advertising strategies of the big players

Currently, huge bookies like Ladbrokes, William Hill and Betfred are competing fiercely for new customers with online operators such as 888 Casino, Victor Chandler and Skybet. The offers for bettors are extremely tempting and they involve huge cash amounts, matched deposits and free bets.

At this moment there is especially severe competition among operators, which are trying to occupy the best advertising slots during football games and horse-racing.

Paul Leyland, industry analyst, estimated that total marketing expenditure at the moment was approximately GBP 750 million. He added: “This spend is likely to increase even more in 2014 as companies try to gain scale ahead of tax changes and take advantage of the World Cup, which is likely to be a huge bonanza for media companies.”

ITV will most probably be one of the big winners as it will be sharing television coverage of the World Cup with BBC.

ITV’s outcome from the previous World Cup, which took place in South Africa, was 18% more in revenue, in the second half of the year.

At the same time, one of ITV’s biggest advertising suppliers, WPP headed by Sir Martin Sorrell, is expected to reveal its 2013 results. Numus announced that the projected profits will most probably be up by around 13% to GBP 1.48 billion.