How Hollywood May Have Influenced Online Gambling Laws in Costa Rica 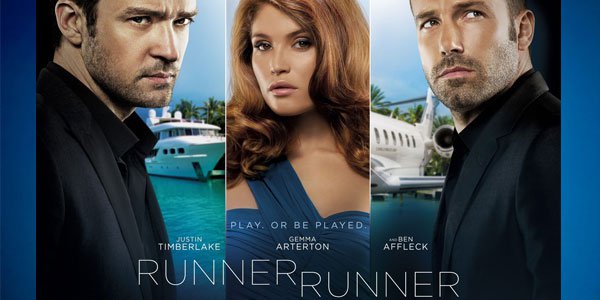 A movie released last year is being used by the American Gambling Association to warn against the dangers of online poker.

Who would have thought that a movie could affect a country’s gambling regulations? The Costa Rican media industry speculated that “Runner Runner”, a title that hit the big screens last year, could be the end of online poker sites in Costa Rica.

The Hollywood production features singer Justin Timberlake and Ben Affleck, who plays the role of a Costa Rican entrepreneur making a living out of cheating online gamblers. Soon after the movie was released, the American Gambling Association (AGA) described it “a cautionary tale for Americans, Policymakers” and found a way to use it to its own advantage, by starting a campaign against unregulated poker sites and virtual casinos.

The plot takes place in Costa Rica, depicting it as the perfect home for illegal and dangerous gambling operations.

Gambling laws in Costa Rica neither allow, nor deny operators the right to run online casinos. There are no legal barriers to stop entrepreneurs from offering internet services from here. At the same time, companies are also able to move their earnings into overseas bank accounts and this is what many of them did, in order to avoid paying taxes to the Costa Rican state.

Most internet operators are self-regulated and this seems to be the root of the local online gambling market’s problem, because this also means that little can be done to prevent fraud. The unregulated market has caused major companies such as PokerStars to move their operations to other states which have taken steps to introduce clear rules for the online gambling industry.

Until recently, Costa Rica’s online poker industry was growing mostly with the help of American players, who had no other options to legally play online poker in the US. Things have changed at the end of last year, when three American states – Delaware, Nevada and New Jersey – legalized online gambling. It only makes sense that companies who want to run serious businesses choose safe, well-regulated markets.

Soon after “Runner Runner” was launched, the Costa Rican press picked up on the movie’s malicious portrayal of the local gambling market. Interestingly, the movie wasn’t even filmed in the country, because Puerto Rico turned out to be a cheaper location.

Soon enough, the AGA started its crackdown on illegal gambling. At first, it all seemed like a joke. The association sent out a press release, telling the world about the “cautionary tale” they had just seen in cinemas.

President Geoff Freeman promptly adopted a dramatic tone: “‘Runner Runner’ is a fictional account of a lawless online poker world ruled by shady and unethical characters that sadly is not far from reality for millions of Americans who simply want to enjoy one of our favorite pastimes in a safe online environment.”

It was becoming clearer and clearer that the guys at the AGA had taken the movie too seriously. Viewers, however, were not as impressed. With over 29,000 votes cast, the movie has a modest 5.6 rating on the IMDB website. Meanwhile, the Costa Rican press started to suspect members of the AGA of having hidden business interests in the online gambling industry, back home.

Even without a clear legal framework, Costa Rica has been home to some 400 online casinos over the past years. Granted, a lot of them were very suspicious and specialized in nicking money from gullible gamblers worldwide.

The country has been facing a lot of criticism from industry experts, who pointed out the fact that legalizing internet casinos would assure a much safer market, while also bringing significant revenues for the state.

Over the past few years, there has been a lot of talk about introducing new laws and putting a stop to illegal operations, but lawmakers haven’t yet taken any steps in that direction. Mentioning a $50,000 annual tax for online companies was the closest they got to setting a clear set of rules.

Having a well-regulated market would clearly benefit the country, both financially, and in terms of image. It is up to the state’s lawmakers now, as only they have the power to decide what the future will bring for Costa Rican gambling. Surely, it would mean good news for everyone in the online casino industry.