An unknown developer is planning to build a massive, billion dollar casino at Shelly Bay in Wellington, New Zealand. 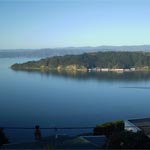 An unknown developer is planning to build a massive, billion dollar casino at Shelly Bay in Wellington, New Zealand. There is only one small snag in their plans – according to New Zealand gambling laws, there is a moratorium on new casino licenses. Right now, there are just a handful of casinos in New Zealand, operating in the cities of Auckland, Hamilton, Christchurch, Dunedin and Queenstown, making Wellington the only major city without a casino. But in 2003, the Gambling Act barred the licensing of any further casino gambling establishments in New Zealand.


If the proposed Shelly Bay casino is to be built, the laws will have to change. Internal Affairs Minister Nathan Guy stated over the weekend that no such changes are planned. Casinos Australia tried to build a casino in Wellington in the late 1990s, but the plan was met with extreme disapproval from locals, despite receiving backing from the local council. Plans were only scrapped when the laws changed in 2003. The Casinos Australia chairman has said they have nothing to do with the planned casino, but did state that they are aware of several other developers who are interested in possibilities for Shelly Bay.


The proposed new casino is to be built on a recently-acquired 4.5-hectare block of land which is currently occupied by Wellington Prison, which was decommissioned in June of last year. The land around Shelly Bay was owned by the New Zealand Defence Force until 2009. It is actually the prison itself which is to be transformed into the luxury casino. It sits atop a steep hill. Patrons would park at the base of the hill, and then ride a gondola up to the casino.


The developer responsible for these lofty plans is keeping their identity a secret. It is not clear why they are pouring money and time into plans that appear to be futile, but perhaps they know something that the general public does not. The commercial gambling industry in New Zealand is less than a decade old, but since the 2003 moratorium, it has not had much of a chance to grow. The growth of internet gambling in New Zealand has also remained fairly stagnant, though some of the country’s state-operated gambling companies offer their services online. Despite the apparent lack of gambling venues, the average New Zealander spends $41 every week gambling.