According to Indonesian gambling laws all forms of gambling are illegal and prohibited. Indonesia is the world’s most populous Muslim country 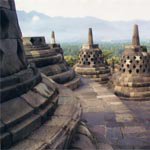 According to Indonesian gambling laws all forms of gambling are illegal and prohibited. Indonesia is the world’s most populous Muslim country and about 90% of its 237 million inhabitants ardently practice Islam. Gambling of all kinds is strictly prohibited by Islam. According to statistics, however, there are 23.7 million residents who don’t practice Islam and many of them have found ways to gamble.

Unfortunately, not all of the methods of gambling out there are acceptable and humane. Alongside the popular and inhumane cockfighting comes a much more serious offense that still takes place in Indonesia today – horse fighting.

Horse fights are held in villages in Indonesia as a traditional way to celebrate a good harvest. They are also held occasionally in an effort to entertain villagers and prevent an opportunity for participants to gamble. Perhaps if more outlets, such as online casinos in Indonesia, were available, this brutal pastime wouldn’t be as popular.

Despite the local laws against it, internet gambling in Indonesia is still popular and accessible because the Indonesian government has no jurisdiction over the sites based and licensed in countries where it’s legal.

This just goes to show that the old adage proves true – “Where there’s a will, there’s a way.” Gambling is condemned in this mostly Muslim country, but in the end the people who really want to play find a way. However, if gambling would be legitimized to a more profound degree, the cruelty to animals, and specifically horses, that can be witnessed in Indonesia may draw to an end.