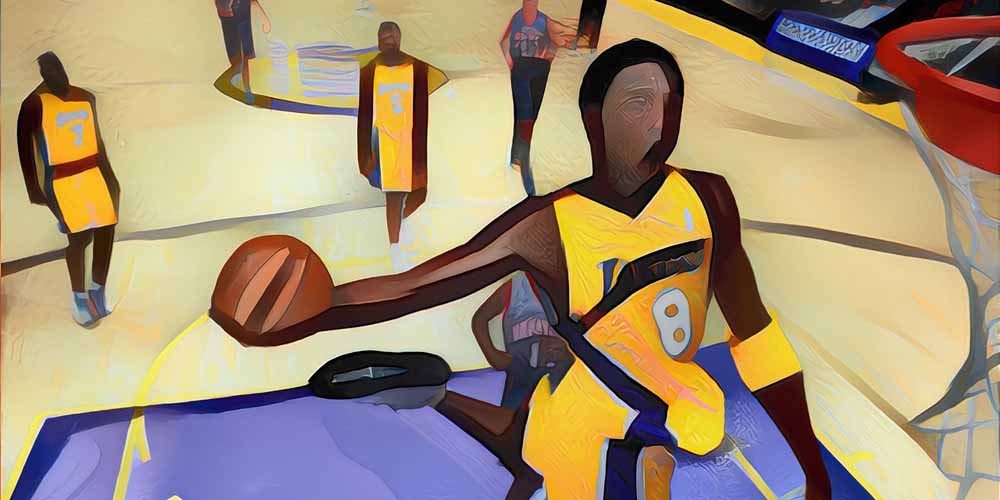 The 2022 NBA playoffs continue to be one the most entertaining postseason in recent history. There are no clear finalists or super teams. The first round of the playoffs is behind us now and it gave everyone plenty of excitement and sadness. There are teams plagued by injuries, healthy but inexperienced teams, and teams that thrive in the playoffs. In this article, we’ll talk about the four second-round matchups and the eight remaining teams. You’ll also find the predictions for the 2022 NBA Conference Semifinals for each series under the corresponding subheadings.

So the first round gave people no Game 7 and a single sweep. This means none of the matchups were very well-balanced. On the contrary, even without pushing a series to seven games, many of the games were closer than expected. For example, Minnesota gave up two games in the 4th quarter which led to Memphis advancing. The Bulls’ malfunctioned against the reigning champions and proved no real threat to Milwaukee’s title aims. New Orleans came in as the 8th seed and shocked the world when they leveled the series 2-2 against the top dog Suns. Check out our 1st Round predictions for a recap of what the predictions were. Now that only eight teams remain in the playoffs, this round should prove even more entertaining. Here are our predictions for the 2022 NBA Conference Semifinals along with odds from the best online sportsbooks in the US.

Both the Suns and Mavericks finished their first-round series in six games. Furthermore, both teams were missing their star shooting guards for half of the series. Of course, Phoenix finished with the best regular-season record and they also have more offensive and defensive options, compared to Dallas. The sudden surprise return of Devin Booker and a flawless performance by Chris Paul sent the Pelicans home and propelled the Suns into the Conference Semifinals. As for the Mavericks, Jalen Brunson stepped up in the absence of Doncic and kept his team afloat. That is until they finished Utah in Game 6. All matchups in the second round are looking promising. This is why the 2022 NBA Conference Semifinals predictions will also be interesting. As of May 3rd, Phoenix leads the series 1-0 after a 121-114 Game 1 victory. Let’s talk about squad depth and key players for this series.

Both teams are known for their clutch late-game runs. They’re among the best in this regard. Game 1 was almost an example of that as Dallas outscored Phoenix 35-25 in the 4th quarter. But the Mavs’ problems came in the first half already. The Mavs have no answer to Deandre Ayton in the paint. Additionally, Phoenix’s squad is well-balanced with many players who can put up reasonable numbers. If Dallas can figure out how to counter the Suns’ bigs, their guards can wreak some havoc. Doncic won’t be able to score 40-50 every game and we all know defense isn’t his strong suit. Similarly, Booker isn’t big on defense either. Decisive first halves in this series will be crucial. In summary, most 2022 NBA Conference Semifinals predictions favor the Suns. On Bovada, their odds of advancing are -500, compared to Dallas’ +350.

Memphis finished the regular season with a 56-26 record, which is tied for the franchise record. Their other 56-26 season was in 2012-2013. The Grizzlies were ranked among the top 5 teams both offensively and defensively this season. They were also one of the most efficient teams. This is the first time the Grizzlies reached the conference semifinals since the 2014-2015 season. The difference now is that pretty much the whole squad is new. They have an incredibly talented young core with huge potential and a very well-rounded team altogether. But the issue is they’re playing Golden State in the 2022 NBA Conference Semifinals. This is why predictions and online sportsbooks news in the US aren’t favoring them. Steve Kerr went to five straight Finals with the Warriors and won three of them. This is Golden State’s first playoffs appearance in three years but they are no underdogs.

Firstly, the Warriors’ sheer playoffs experience beats Memphis. Both the coaches and top players of the former have seen more playoff action than the combined roster of the Grizzlies. The Warriors took Game 1 on Sunday and they’re likely to win the second Memphis game too. If Curry and co. wins both road games, the series could be wrapped up in 5, maybe 6 games. Second, the Warriors not only have a stronger starting five, but their bench is also deeper. Of course, when you have Jordan Poole scoring 30 from the bench, you start seeing things from a different perspective. The Grizzlies have a much more balanced team than the Nuggets did but they might suffer the same fate. Memphis is also missing Steven Adams and his much-needed defense in the paint. The Warriors’ odds of advancing are -565, compared to the Grizzlies’ +400.

Philadelphia’s title hopes are melting fast in the Miami Heat

After Joel Embiid’s injury reports reached the internet, the 76ers’ odds of advancing past the second round greatly plummeted. If facing the 1st seeded Miami Heat weren’t enough, Philadelphia’s franchise player will miss both road games in the series. The 2022 NBA Conference Semifinals predictions for this series are looking one-sided. The Heat-76ers matchup now has the biggest deficit in odds. The Heat’s odds on Bovada are -700, while the 76ers are far behind with +475. There is one question that needs to be addressed before anything else. Are the 76ers doomed without Joel Embiid? The short answer is most likely. Great expectations were put on both Philly and James Harden for this postseason but so far the ex-Nets guard has failed to deliver. Regarding Embiid, who is this year’s MVP for a lot of people, he could return earliest for Game 3 or 4.

Let’s talk a bit about the head coaches too. Philadelphia’s Doc Rivers has seen many playoff games as a head coach. However, his record is 102-97 as of Monday’s loss to Miami. Just above .500. On the other hand, we have Erik Spoelstra and the Miami Heat, who have also been to a lot of playoffs. In his 14-year-long career with the Heat, he went to 11 playoffs. His record stands as 90-59. Now let’s get back to the players. Harden’s continued inability to perform as it’s expected from him brings trouble for the 76ers. Tobias Harris can take the lead if Harden fails to do so. Furthermore, until Embiid is out, Philadelphia has no one that can effectively stop Bam Adebayo. Additionally, the 76ers are also outmatched in rebounding for the time being. In conclusion, the Heat will win this series in less than seven games.

This matchup right here feels like a Conference Finals series. Two teams with a 51-31 regular-season record and both with a chance to make it into the Finals. The Bucks are the defending champions and the Celtics are considered the hottest team after sweeping the Nets in the first round. Or they were considered the hottest team until Milwaukee beat them in Game 1. The Bucks will be without Kris Middleton for the entire series but they might be able to beat the balanced core of the Celtics four times. For Games 1 and 2, Boston started as the favorites. Interestingly enough, 2022 NBA Conference Semifinals predictions back Milwaukee. Yes, the reigning champions have the edge over the Celtics with -140 odds of advancing. Boston’s odds are +120, making this the closest series statistically. So let’s look at some player matchups.

Giannis is considered the best player in this series and is also among the three MVP finalists this year. As a walking triple-double, he’s expected to be double-teamed for most of the series. That is if the Celtics can afford to put two players on him. Jrue Holiday and Bobby Portis are next in line as Milwaukee’s most important starters in this year’s playoffs. Grayson Allen also had a great role so far as he’s one of the main reasons why the Bucks beat the Bulls 4-1 in the first round. On the other end, we have Jayson Tatum, who averaged 29.5 PPG against Brooklyn. As the most consistent player in Boston, he carries most of the offensive load. The Celtics are in danger of losing both their home games as they continue to give up points in the paint.

Milwaukee’s offense is a two-edged blade

What’s the biggest threat to the Celtics? Focusing too much on Giannis can cost them the series. There are two options most of the time. The first one is to lock down Giannis, meaning hold him under 25 points, if that’s considered good. The second one is to focus defense on each player on the Bucks. If you do the former, those wide-open players can punish you with plenty of catch-and-shoot 3s. If you leave Giannis in a 1v1 matchup, he’ll win those most of the time. Boston needs to prioritize defense first and fix their offense after.