UK game Developer PKR is announced the release of its first roulette application for iPhone. 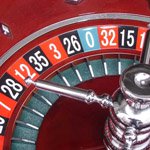 The company first released a new free-to-play app for the iPhone platform. Money gambling is allowed by the British gambling laws therefore the real money version is expected to come out before Christmas 2012.

The new app’s graphics are works of the Unity Engine software and feature smooth and realistic animations.

The game uses the same approach as a poker game. The players have the possibility to create and customize an avatar and build up a bankroll. The app also features a full tutorial with mini-lessons about roulette and its game play.

PKR spokesman commented: “It is a lot of fun just to have a quick spin of the wheel while you ride the train, or wait around for your next hand at the poker table.”

The company’s next release of mobile casino games in United Kingdom will be a blackjack iPhone app in the near future.