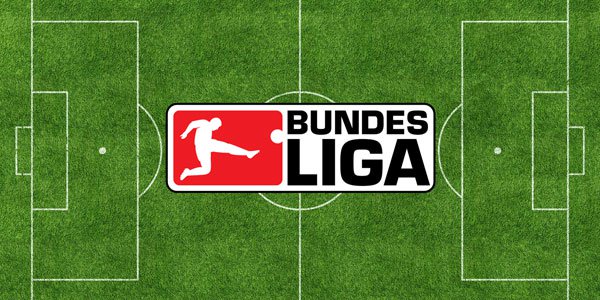 Check out the spectacular encounters that will be featured in round 22 of the Bundesliga.

Another exciting weekend is set to take place in the German top division and showcase many great football matches. Dortmund have managed to finally crawl out of the gutter and will now have a chance to make further progress against Stuttgart away. Augsburg will search for a solution in order to beat Bayer Leverkusen so they can clinch the all-important 3 points.

German gambling news reports that Freiburg will square off against Hoffenheim where they will be looking to establish their game and instill their playing philosophy so they can seal a win. And lastly, Frankfurt will go head to head with Mainz on the road in what promises to be a great match.

Stuttgart vs Dortmund and Augsburg vs Leverkusen

Stuttgart have replaced Dortmund as the worst team in the Bundesliga by occupying the infamous 18th place. They have only manage to accumulate 18 points so far and have sit a lackluster form over the last 5 games (2 draws and 3 losses) which does not spell anything positive for the future. At home they have also underperformed with their score being 1 win, 2 draws and a staggering 7 losses.

Stuttgart will next face Dortmund in what is sure to be another significant match for the latter side, as they bid to make much needed progress. Jurgen Klopp’s men have an away record of 2 wins, 2 draws and 7 losses, which is quote bad for a team that once used to dominate German football. Despite having a bad record, Bet365 favors them 1.67 (2/3), while Stuttgart have been dealt outsider odds 5.50 (9/2). A draw has been set at 3.75 (11/4), an event that is also likely.

Augsburg have surprisingly managed to break away from other lower sides and challenge for a higher standing as they now find themselves in 5th with a total of 34 points from 21 games. Over the period of last 5 encounter they clocked 1 loss, 1 draw and an impressive 3 wins. It is somewhat surprising that online sportsbooks in Germany didn’t assign them better odds than 3.25 (9/4), especially since they have notched a massive 7 wins, 1 draw and 2 losses at home.

Leverkusen are located one place below their upcoming opponents Augsburg and will now be looking to usurp them so they can take over their position. The visiting side have hit a run of 2 losses, 1 draw and 2 wins, whereas their away record stands at 4 wins, 2 draws and 4 losses. Bet365 has given them favorite status 2.25 (5/4), although in reality Augsburg should be able to pull off a win.

Freiburg vs Hoffenheim and Mainz vs Frankfurt

Freiburg are gearing up for a daunting task ahead them at home as they will face Hoffenheim, who are in a far better position than they are at the moment. The hosts are all the way down in 16th position with a total of 21 points and maintain a home record that is not very reassuring (2 wins, 5 draws and 3 losses). Bet365 has therefore decided to assign them unfavorable odds 3.00 (2/1).

Hoffenheim were fortunate enough to receive preferential chances 2.38 (11/8) against the lower side. They sit in 7th spot with 29 points but judging by their squad they could have done even better up until this stage in the competition. While playing on the road they have notched 2 wins, 3 draws and 5 losses, which is part of the reason why a tie between the two has been set at 3.40 (12/5), per Bet365 .

Lsaty we will take a look at the game between Mainz and Frankfurt where the former holds the favorite odds 2.40 (). The home side have disappointed on many occasions this season which has seen them record 3 wins, 4 draws and 3 losses, granting them 14th place on the table. Nevertheless, mobile betting sites have given them preferential odds 2.40 (7/5) to win the game.

Frankfurt lie in 9th with 28 points and their current 5 game form is somewhat uncertain (1 loss, 3 draws and 1 win), which is not that commendable. While playing away from home they have recorded 2 wins, 4 draws and 4 losses, and is the reason why they were given underdog chances 2.90 (19/10) against Mainz. A draw on the other hand stands at 3.50 (5/2), an event that is also likely.