Can Adelson Keep up with Pace of Legalization? 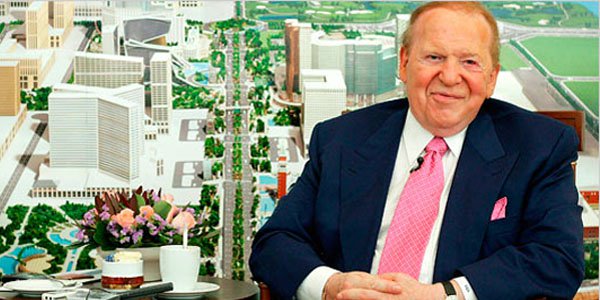 As more states legalize online casinos and poker rooms, Sheldon Adelson will have fewer allies backing his bid for a federal ban.

Las Vegas casino magnate and archenemy of online casinos in America Sheldon Adelson has declared that he will do “whatever it takes” to get an internet gambling ban through congress. Given that some of his direct competitors, Caesar’s and MGM, have launched their own online casinos, he may be better off following suit and jumping onto the online casino bandwagon.

Why? Since the Department of Justice’s interpretation of American gambling laws
changed in 2011 to allow states to license online casino sites, two have legalized online gambling and several others are debating doing so: Delaware and New Jersey launched online casinos last year while Nevada legalized online poker, and big population states like Illinois and Texas may also follow suit.

Can Adelson stem the tide of legalization?

Adelson is committed to putting a federal kibosh on the entire activity, but this requires getting senators and representatives on board. This will become more difficult as more states legalize. Said I. Nelson Rose, a law expert at Whittier College:

“Adding one more form, like Internet poker, is not a big deal now…Every state has entrenched political operatives who have no problem with Internet gambling. As long as they’re the ones to run it.”