Can Found win the Qipco Champion stakes 2016 at the British Champions Day?

News >Can Found win the Qipco Champion stakes 2016 at the British Champions Day? 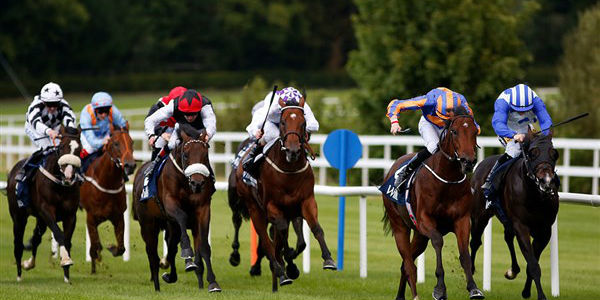 After the Qatar Prix d l’Arc de Triomphe the horseracing fans are infront of another major event this year. October 15th is the British Champions day with which the 2016 British Champions Series will close this year’s program offering us some of the classics in the British horse racing. As it is commonly known the series are usually divided into five divisions: Sprint, Mile, Middle Distance, Long Distance and Fillies & Mares. One of the most interesting events on the British Champions Day will certainly be the middle distance Champion Stakes race with an amazing prize of GBP 1.3 million. Not only for horse race lovers but also for all of you bet on sports in EU fans, the British Champions Day is an event that cannot be missed.

The British Champions day: a bit of history

• GBP 1.3 million prize for the winner of the Qipco Champion Stakes 2016

• Found to struggle with Almanzor for the first place

The Champion Stakes is a Group 1 flat horse race run at Ascot over a distance of 2000 m (1 mile and 2 furlongs). Its history dates back to 1877 but the current system of race was introduced in
in 1971 while it was transfered to Ascot in 2011.

The most successful horse so far on the race is Tristan who ended up first on the race for three consecutive year between 1882-1884. On the jockey part, two figures have marked the Champion Stakes: the legendary Danny Maher, one of the most celebrated jockeys in the beginning of the 20th century, and Charlie Elliott, a man behind whose name stand 14 victories in the British Classic Races. In the past 10 years, the most successful jockey is certainly Tom Queally, winning the race three times, two of which with Twice Over and once with Frankel. Last year’s winner was the Fascinating Rock, an Irish thoroughbred, which also won this year’s Tattersalls Gold Cup.

Online sportsbooks in UK such as bet365 give 2.63 odds to Almanzor for the win, considering is to be the main favorite together with Found which is evaluated on 4.00. Among the quartet of favorites the British bookies add also the last year’s winner Fascinating Rock as well as Minding giving them both odds of 5.00.

Betvictor on the other side gives a bit smaller odds for Almanzor of 2.50 although it also considers it to be the greatest favorite for winning this year’s Qipco Champion Stakes. However the second favorite Found is evaluated a bit lower by Betvictor with odds of 4.50 while Minding and Fascinating Rock are both given 4.00 and 5.00 odds respectively. Sites concerning betting online in UAE are expecting a huge struggle between Almanzor and Found for the first place but for the final epilog we will have to wait a bit more until the start of the excitement of the British Champions Day