Can We Really Bet On The World Cup In Russia Being Safe?

News >Can We Really Bet On The World Cup In Russia Being Safe? 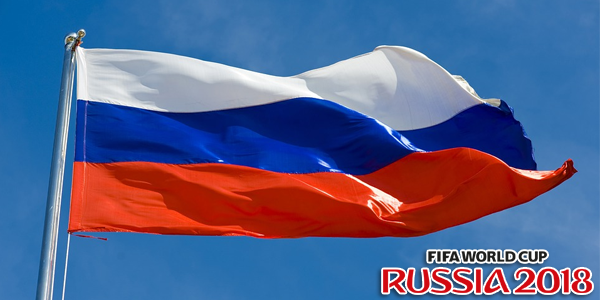 Any Russian gambling news reports concerning the preparations for next year’s FIFA World Cup would have focused more on the construction woes of various stadiums than hooliganism must have been sorely disappointed by the tone of media coverage so far, but does that mean we can only bet on the World Cup at BetVictor if we accept there will be a certain amount of collateral damage in the streets as hooligans clash or do the Russian authorities have everything in hand? We take a look.

The World Cup in Qatar in 2022 will dredge up the past in a manner FIFA would love to avoid, the spectre of Sepp Blatter will hang over the entire competition like the ghost of Christmas Bent, and whilst you can always bet on the World Cup to involve a little controversy (Luis Suarez biting people, for instance) there’s just the distinct whiff of panic about what may prove to be a tournament too far, the only positive to grasp from the situation being no one is looking too hard at Russia’s World Cup next year.
[suggested_topics title=’Read more on the best World Cup 2022 odds’ topics=’140417′]
When it comes to revisiting the past you can bet on the World Cup in Russia not to dwell too heavily upon the corruption scandals of the bidding process, Vladimir Putin has some Polonium tea for people who want to talk about corruption in Russia, but may well instead decide to re-enact other historical events, like World War Two with visiting fans somewhat counter-intuitively playing the fascists as the hooligans we saw at Euro 2016 battling in the streets of Marseille find themselves fighting on home turf.

Bet On The World Cup

“Our ultimate priority is to ensure the maximum convenient sand safe stay of players and fans in Russia. Russia’s law enforcement agencies are taking all the necessary steps in this direction.” said Sergey Lavrov, Russian foreign minister, leaving any Russian gambling laws haven’t been tightened up, and sentences massively increased, just a little too stupid to remember which country he’s from. The Russians are taking this very, very seriously. The problem you can’t bet on the World Cup fans visiting Russia to be quite as diplomatic.

It’s one thing to remember to be restrained ahead of time, quite another to be faced with a hostile crowd of foreigners chanting abuse of a nationalistic nature at you and still remember that you’ve been threatened with outrageous jail sentences. Visiting fans goading Russians into violent conflict may also seem counter-intuitive, the Russians usually needing no invitation, but you can bet on the World Cup in Russia to be such a tightly policed affair that it will take quite some provocation to get a response.

Bet On The World Cup At BetVictor

Obviously if you want to bet on sports in Russia next year a bet on the World Cup is a bit of a no brainer, and one need not be the most ardent nationalist in the universe to have a little flutter on whichever of the big name teams takes your fancy at BetVictor or wherever. There may well be blood running in the streets and a nuclear war in North Korea (or Jerusalem) but that still won’t stop the football, so you may as well pick a favorite and back them. Some of the odds are really tasty.

You can find England at 16/1 at BetVictor (although you’d have to be mad) and Belgium a better 12/1 chance, which is a liberal use of the word “chance” frankly, plus Argentina on 9/1 or Spain at 7/1. If you like Le Bleu, France is at 11/2 which is all the more impressive given Brazil rate the same odds for any bet on the World Cup in 2018. Of course the favorites to win are, currently, Germany at 5/1, and they at least have no intention of dredging up the past at all, especially not where Russia is concerned.