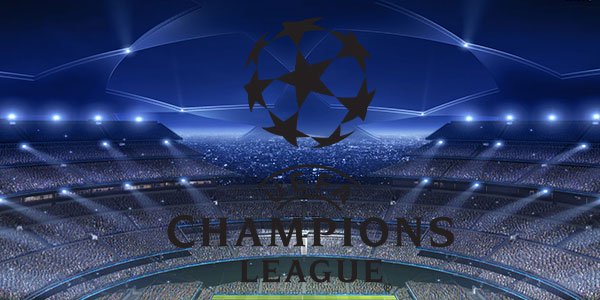 Following a long break, Europe’s greatest football event is back and ready to dazzle everyone with exciting encounters.

The last time we were able to witness Champions League games was back in December where many sides were just formally completing their matches, having already qualified for the next round of the competition. Now, all of the clubs that have managed to make it to the 1/8 finals are facing a different challenge with the knockout phase playing a major role, EU gambling news reports.

Teams won’t be able to make up for their mistakes in the subsequent matches if they happen to lose, as any defeated can signal their elimination from the tournament. The matches will be played over the course of two legs, so many teams will be looking to put on their best performances.

PSG vs Chelsea and Shakhtar vs Bayern Munich

The Parisians lost out to Chelsea last season when the two met in the quarter-finals of the Champions League. The match ended in 3-3 on aggregate, however Chelsea made it to the next round thanks to the away goal rule. Now, PSG will be looking to avenge themselves against the Blues in order to claim the bragging rights and make their presence known in Europe’s elite football competition.

Laurent Blanc’s men finished second in their group with 13 points behind leaders Barcelona who finished with 15 points. They won on 4 occasions, while the other two games ended in 1 draw and 1 loss. After Chelsea have defeated PSG last year they went on to the semi-finals of the Champions League where they faced Atletico Madrid, however they weren’t able to win as they lost 3-1 on aggregate.

Online sportsbooks in EU believe that both of the teams have chances to win the game. Bet365 has decided to give both PSG and Chelsea odds of 2.80 (9/5) to seal a win for the game, while a draw between the two stands at 3.25 (9/4). Judging by the performances of both sides, either team could easily win, whereas tie is also likely judging by the recent results. Whichever way the game goes this is set to be one fantastic match.

Shakhtar are an impressive side that qualifies for the Champions League every season and boasts some of the greatest aspiring talents. What is more impressive is that they also make it to the knockout phase every year, however they don’t perform well against bigger sides in the competition. During the group stage they finished second with 9 points and are now going to face Pep Guardiola’s Bayern Munich.

The 2013 Champions League winners are one of the main favorites, along with Real Madrid and Chelsea, to lift the title in Berlin this season. The Bavarians are a true force in European football having a squad that features superstars in almost every position. Bet365 has therefore earmarked them as the favorites for the upcoming encounter 1.40 (), while the Ukrainian side have been dealt highly unlikely chances 9.00 (8/1).

Basel vs FC Porto and Schalke vs Real Madrid

Basel have surprised many by qualifying to the knockout phase of the tournament, coming from the same group as Real Madrid and Liverpool. They finished second with 7 points, 2 more than Liverpool, which granted the further progress. However, now they will face a difficult test against 2004 Champions League winners Porto, who will be looking to make their presence known.

The Portuguese side viewed as the favorites 2.38 (11/8) to beat Basel by Bet365 , due the fact that they have slightly more experience in the competition than they do. They also finished top of their group with 14 points without a single defeat, recording 4 wins and 2 draws. Bet365 has set a draw between the two at 3.30 (23/10), an event that is also possible whereas a win for Basel remains somewhat improbable 3.30 (23.10).

Schalke have performed splendidly so far in the competition managing to finish second in their group with 8 points, 6 points behind leaders Chelsea. They boast a promising squad which can surprise at any time and serve the crushing blow when least expected. But now they have been pitted against the current defending Champions League winners Real Madrid. It is fair to say that the draw held in December was somewhat unfair to the German side.

Los Blancos have been fierce this season finishing their group first with a cool 18 points, thanks to the fact that they managed to win all of the games they played. Despite the fact that the club form Gelsenkirchen will be playing at home, mobile betting sites strongly favor Real Madrid to win another game 1.44 (4/9) and make it 7 victories in a row. A draw has been set at 5.00 (4/1), while a win for Schalke stands at an unlikely 7.50 (13/2), per Bet365.