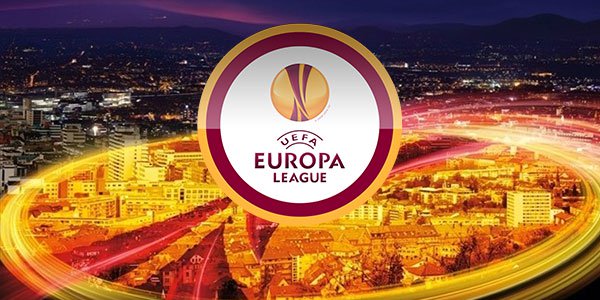 Don’t miss out on all the great action in this week’s Europa League in order to sccop some big rewards with wise betting.

Following the 1/8 finals of the Champions League games being played on Tuesday and Wednesday, the football world will get set their attention on Europa League encounters. Although the second tier of Europe’s continental competition is not as popular as the Champions League, it still features many great games that offer plenty of exciting matches.

This Thursday a total of 32 sides will go against one another as they all bid to reach the final of the tournament and lift the trophy in Stadion Narodowy, Warsaw on May 27. EU gambling news reports that the upcoming encounters should offer plenty of betting opportunities to dedicated punters which is why we will cover the 1/16 finals of the competition in four parts.

Aalborg vs Club Brugge and AS Roma vs Feyenoord

Aalborg will go head to head against Club Brugge at home in what looks to be an uncertain encounter as the sides have never met before in UEFA competition. The hosts have finished their group second with 9 points which allowed them to qualify for the knockout stages. While playing at home they have flourished (3 wins), however while playing on the road they experienced an opposite effect, losing all 3 encounters.

Club Brugge on the other hand were better than their upcoming opponents while playing the group phase of the competition. They finished 1st with a total of 12 points and remained undefeated throughout the initial campaign however they recorded 3 draws in the process. That is why Bet365 has outlined preferential chances for Club Brugge 2.25 (5/4), while Aalborg have been dealt unlikely odds 3.20 (11/5). A draw 3.30 (23/10) may also be on the cards.

A thrilling clash is set to take place between AS Roma and Feyenoord. The club from the Italian capital have fallen out of the Champions League and will now have a chance to fight for glory in the Europa League. They will be playing at the Stadio Olimpico so the Romans will enjoy the support from the home fans which might provide them with an added incentive.

The Dutch side on the other hand started the competition from the beginning and have successfully finished in first place with 12 points. They won all 3 games at home, while playing on the road resulted in them clinching 1 victory and suffering 2 losses. Online sportsbooks in EU have identified AS Roma to win 1.50 (1/2), while the odds for Feyenoord to succeed are rather limited 6.50 (11/2). A draw 4.20 (16/5) is also unlikely judging by the recent results.

Dnipro vs Olympiakos and PSV vs Zenit St. Petersburg

Dnipro have struggled to establish themselves on many occasions over the season so far which has seen them just barely qualify for the next round. Qarabag FK were the other team in Group F that threatened the Ukrainian side the most as the former finished the group stage with 6 points, while the latter ended the round with 7. Bet365 doesn’t have high hopes for Dnipro 2.80 (9/5) to succeed against upcoming opponents Olympiakos.

The Greek club used to play in the Champions League but due to their performances in that competition they were relegated to the lower tier tournament. They have been dealt preferential odds 2.55 (17/11) as they were the more experienced side in these sort of events. A draw may also be another possibility to consider 3.20 (11/5), as both sides are prone to blunder at time.

Perhaps the greatest encounter in part I is the one between PSV and Zenit St. Petersburg, sides that are looking to give everything they have for their loyal fans. The Russian team played in the Champions League this season however they couldn’t make their presence known in a group that featured the likes of AS Monaco, Bayer Leverkusen and Benfica. They finished in third and have subsequently been relegated to compete with the lower sides.

PSV have some experience in this competition having played at this stage before. They finished their group second behind another Russian club, Dinamo Moskva, with an overall of 8 points. in total they recorded 2 wins, 2 draws and 2 losses which is why mobile betting sites have decided to give them odds of 2.50 (3/2), while Zenit have been dealt slightly worse chances 2.80 (9/5). A possible tie 3.30 (23/10) between them cannot be disregarded as well.