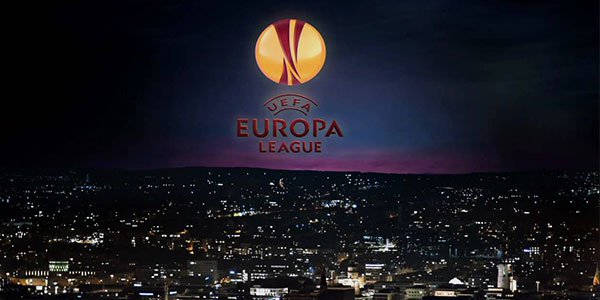 Tune in this Thursday to watch spectacular football plays in the 1/16 finals of Europe’s second tier tournament.

Check out part II of our Europa League betting preview which will show some great encounters that are set to take place this Thursday. Fans will be delighted to support their sides in action against some of the most promising teams in Europe. According to EU gambling news Torino will play against Spanish side Athletic Bilbao which is looking to be an uncertain match.

Turkish team Trabzonspor will host Napoli in a game that should see the latter side clinch a victory although it may still prove to be somewhat challenging for the Italians. Sporting will visit Wolfsburg where they will be looking to establish their presence over their opponents and finally we will also look at the encounter between Young Boys and English side Everton.

Torino vs Athletic Bilbao and Trabzonspor vs Napoli

Torino finished second in their group with 11 points overall, only 1 point behind leaders Club Brugge. At home they have recorded 2 wins and 1 draw, however while playing on the road they have experienced all three possible results, which shows that they are better playing on their own ground. Bet365 has therefore identified them as favorites 2.50 (3/2) against Athletic Bilbao considering the recent performances.

The Spanish side managed to reach the final of this competition in 2012, but lost to their country rivals Atletico Madrid. The Basque side didn’t perform as well as they would have liked in the Champions League which has seen them clinch 3rd position in their group with only 7 points. Despite previously playing in a more competitive tournament, Athletic Bilbao have been branded as underdogs 2.90 (19/10) for the upcoming game, per Bet365.

Trabzonspor will host Napoli at their Huseyin Avni Aker ground where they will try to use the home field advantage factor in order to get ahead in the match. During the group stages of the competition they have recorded 2 wins and 2 loss while playing at home, where on the road they have notched 1 win, 1 draw and 1 loss which has granted them 2nd place in Group L, which also boated the likes of Legia Warszawa, KSC Lokeren OV and Metalist Kharkiv.

Napoli on the other hand were a little more impressive in their Group I. They finished first on the table with 13 points and have secured all 3 wins that they’ve played at home, while on the road they recoded one of each events. Mobile betting sites favor the Italian seal a victory 2.00 (1/1), while the Turkish side have been dealt unfavorable odds 3.75 (11/4). A draw 3.40 (12/5) may also happen based the surprise element that both sides are capable of.

Wolfsburg vs Sporting and Young Boys vs Everton

Wolfsburg have struggled to assert themselves in Group H during the first half of the competition. At times they seems shaky and unconvincing considering they recorded 1 win, 1 draw and 1 loss at their home ground. While playing away they notched 2 wins and 1 loss which is part of the reason why they managed to achieve 2nd place in the group. Now with the addition of their newly acquired winger Schurrle, they are sure to make their mark in the upcoming match.

Sporting previously played in the Champions League but were knocked out of the competition by Chelsea and Chakhtar. They boasted 7 points overall from 2 wins, 1 draw and a disappointing 3 losses. Bet365 has therefore identified the Germans to win 1.62 (5/8) this game, while the Portuguese side have been assigned outsider chances 5.50 (9/2). A draw 3.90 (29/10) does not seem to be very likely as Wolfsburg will be playing at home, a field they are familiar with.

BSC Young Boys played in the same group as Napoli which saw them clinch 2nd post with an impressive 12 points, only 1 below the Italians. They won all 3 games at home, while away they only recorded 1 win and lost on 2 occasions. The Bern-based club have managed to reach the semi-finals of the European Cup (Champions League today) during the 1958-59 season, however since then they have languished in smaller competitions.

They will next go up against Everton, who have finished 1st in Group H with 11 points overall. At Goodison Park they have sealed 2 wins and 1 loss, whereas away from their sacred ground they notched only 1 win and 2 draws. Online sportsbooks in EU have identified them favorites 2.40 (7/5) for this encounter, while the Swiss side have been dealt underdog chances 3.00 (2/1). A draw 3.30 (23/10) does not seem to be on the cards considering the performances of both sides in recent times.