Check Out the Next Celtic Manager Odds at BetVictor! 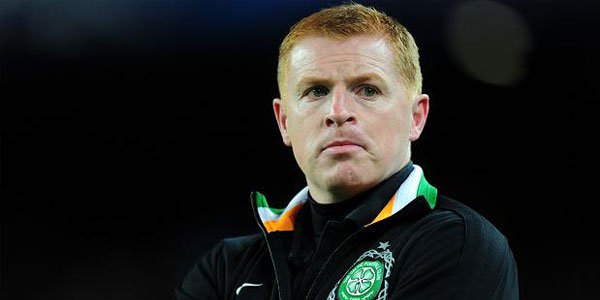 Next Celtic manager odds at BetVictor

Norwegian manager Ronny Deila will leave the club at the end of the season, so bet now on his replacement with the best next Celtic manager odds!

Manager Ronny Deila announced that he will leave Celtic this summer – days after the Bhoys have lost against arch rivals Rangers in the semifinal of the Scottish Cup. Deila was hired in 2014 and he won the title in his first season and most likely will defend it in his second. However this was no big deal, rather mandatory for him in the absence of Rangers from the Scottish top flight.

After the announcement was made, UK gambling news started to report the next Celtic manager odds, and here is your chance now to wager on Deila’s replacement. Find out who are the most likely candidates for the position according to odds posted by recognized UK online sportsbook BetVictor!

David Moyes might have been the subject of many jokes around Anfield recently, but the former Hoops player is the favourite to replace Ronny Deila at the other YNWA outfit north of the border according to online sportsbooks in the UK. The fans of attacking football amongst Celtic supporters (virtually all Celtic supporters…) might not be over the moon when learning this, but Moyes’ pragmatic approach might be useful in Europe. This should be his biggest plus, because apart from that, he is known from leading very unattractive teams…

BetVictor has 2.25 (5/4) odds for Moyes, which is a very good price amongst internet betting sites.

The Northern Irishman spent seven years at Parkhead Stadium during his playing career and also managed Celtic for four years before Deila came over from Norwegian outfit Stromsgodset. He won five Scottish Premier League titles with Celtic as a player and three more as a manager. He might be the ideal candidate to reorganize the Bhoys before Rangers return to the SPL to challenge them. He is top underdog according to BetVictor, with 3.50 (5/2) next Celtic manager odds.

The former Manchester United star spent the last months of his playing career at his boyhood favourite club, winning the Scottish premier League with Celtic before retiring on medical advice. That was ten years ago and since then, he managed Sunderland and Ipswich Town and currently he is in the coaching staff of the Ireland national team. Keane getting the job wouldn’t be a surprise but maybe Celtic would need a guy with a more impressive managerial track record. BetVictor has 7.00 (6/1) next Celtic manager odds for him.

The Northern Ireland manager has been doing a remarkable job since 2011. He already established himself as a hero after Northern Ireland reached EURO 2016, their first major tournament in 30 years. A logical step would be in his career to move to a major club and Celtic is the perfect fit with huge and passionate fan base, top club status but no European giant-like pressure. He is 9.00 (8/1) to get the job according to BetVictor.

Leeds United manager Steve Evans (11.00 – 10/1), Hibernian manager and former Celtic player Alan Stubbs (13.00 – 12/1), and currently unemployed former Liverpool manager, Brendan Rodgers (15.00 – 14/) are also in the mix. But how about the ultimate hero of Celtic fans, Henrik Larsson, who is at Helsingborgs currently? At 26.00 (25/1), BetVictor has the best next Celtic manager odds for him amongst internet sportsbooks around. The unlikely appointment of Marcelo Bielsa (34.00 – 33/1) would be also big, as well as landing the biggest manager without a job currently, Jose Mourinho (67.00 – 66/1), who would actually rather go back to Inter Milan…

For more next Celtic manager odds, go to BetVictor, one of the best football betting operators around. Also read the BetVictor review in our online betting guide to find out more on this excellent internet sportsbook in the UK!