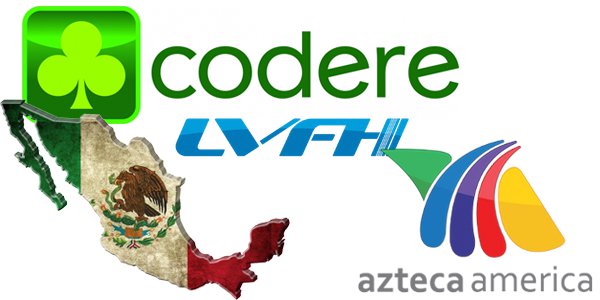 
The three companies have agreed to world together on efforts to imminently release a new online gambling site in Mexico. Spanish firm Codere Group will maintain 51% ownership in the new venture, while website Las Vegas From Home Entertainment (LVFH) will have the remaining 49% of the overall shares.


LVFH’s final share of the profits generated from the revenues will amount to 25%. The software company will also provide licensing to its gaming platform for the Mexican partnership deal. Additionally, they will also get a regular flow of royalties from the software licensing royalties.


Sports betting, bingo, slots, blackjack, poker and other games will all form part of the incredible new service. The agreement also stipulates that LVFH’s gaming platform will be used to provide an exclusive period for its internet gaming site, Greenplay, and other sister websites. The site is planned to be released on August 20, 2014.

LVFH president expressed his enthusiasm about the deal

Gambling news reports that LVFH president and chief exec, Jake Kalpakin, stated, “We are thrilled at this development, as LVFH shall now be associated with a leading multinational gaming company such as Codere and with a multimedia conglomerate such as Azteca.”


Kalpakin also added, “LVFH shall benefit significantly from this enviable position of participating legally in the huge Mexican iGaming market and with the opportunity of being able to get involved in other countries in the Americas where online gaming is legal.”