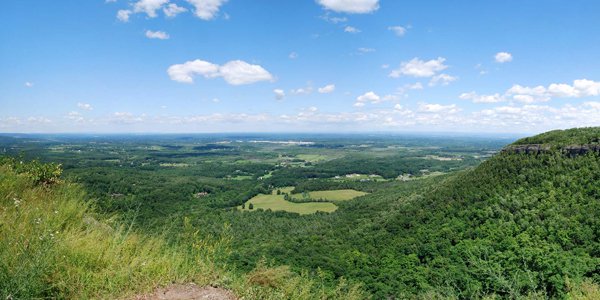 Towns across upstate New York are painting themselves in the worst light possible as they attempt to secure commercial casino licenses.

New York state lawmakers under the governorship of Andrew Cuomo are putting serious time and consideration into legalizing commercial casinos in the state for the first time in more than 100 years.

The motivation for doing so is two-fold: fill gaps in the state budget with gaming tax revenue and provide employment opportunities and local tax revenues to economically depressed upstate areas.

The state legalized commercial casino gambling last year but hasn’t yet finalized the issuing of licenses. In the meantime, several towns and cities in New York are competing to be the sites of new casino developments.

What some may find peculiar, however, is that potential locations aren’t marketing themselves on their merit. Rather, they’re attempting to portray themselves in as negative a light as possible.

The thinking is that casinos were originally legalized as an economic development scheme, so lawmakers are obligated to award licenses according to necessity as much as other factors like attractiveness and ease of doing business.

Binghamton’s race to the bottom

One location vying desperately for the host a casino development is Binghamton, a small city of 47,000 which was once a booming manufacturing center, the home of technology giant IBM and shoe manufacturer Endicott Johnson.

• Genting has submitted a $1.5 billion bid for a casino in Orange County

The city grew rapidly during the early and mid-20th Century as immigrants and transplants from coastal cities flocked there in search of work. Over the past three decades, however, it has slowly emptied out as Endicott Johnson closed operations and IBM drastically scaled back.

Today in 2014 it is an emblem of America’s post-industrial blight, with high unemployment and a poverty rate of 31%, more than twice the average for municipalities in the State of New York.

No significant anti-gambling movement is visible there, as a clear majority of the town’s residents would welcome almost any investment promising to bring in jobs. In the words of restaurant owner Steven Shaffer: “The economy is so depressed around here, anything is a plus. That’s how bad it is around here.”

Luckily for Binghamton, the proposed Traditions Resort Casino is planned to be built in nearby Johnson City, close enough to employ hundreds of the town’s residents. All that remains to be done is the state to finalize the licensing process.

Traditions investors as well as local politicians have actively advertised the abysmal state of the local economy in efforts to secure that coveted casino license.

Six licenses set to be awarded

Lawmakers have announced that will award six commercial casino licenses over the next several weeks. Four are to be awarded in the Southern Tier/Finger Lakes region (where Binghamton is located), which lie a couple hours drive northwest of New York City along the Pennsylvania border.

The other two licenses are to be awarded for developments in the more remote Catskills region, which was once home to many popular summer resorts during the mid-20th Century but now consists primarily of economically depressed towns and small cities.

Three major casino operators are bidding for the Catskills licenses, including Mohegan Gaming, operator of the popular Mohegan Sun casino in Connecticut which is the site of one the largest American poker rooms.

CEO of Mohegan Mitchell Etess has submitted a bid for a $550 million casino in Sullivan County on the site of the now-defunct Concord Resort. He is adamant, however, that the Catskills can only support one casino project and that his company would pull out if a second is awarded in Orange County (which is closer to New York City).

As for the Orange County license, Malaysia-based casino tycoon Lim Kok Thay of Genting has submitted a bid to build a $1.5 billion casino in the town of Tuxedo. Other bidders for the Catskills are Empire (in which Mr. Thay owns a stake) and Las Vegas-based Caesar’s.

Considering that casinos were legalized as a means to help rebuild depressed areas, Sullivan County appears to be a better candidate than Orange County, as the unemployment rate of 9% is higher than that of Orange County and significantly above the state average. Etess of Mohegan can expressed approval for two casinos in Sullivan County, as long as a license is not awarded for Orange County.

Some critics are questioning the ability of New York casinos to thrive in a region which is already at or close to saturation. Three bordering states; New Jersey, Pennsylvania and Connecticut, already have large land-based casino markets, while Massachusetts issued its first commercial casino licenses earlier this year.

Executives with MGM Resorts have lobbied state officials in Albany to make New York the third state to legalize online casinos in America, arguing that it is a more cost-effective and less politically messy means of raising tax revenue.

Whether or not the state opts to legalize online or not, it has moved past the point of no-return with regards to casino gambling in the state. Over the next several years New York will build one of the nation’s largest commercial casino markets. Only time will tell if it will improve the fortunes of ordinary people in places like Binghamton.