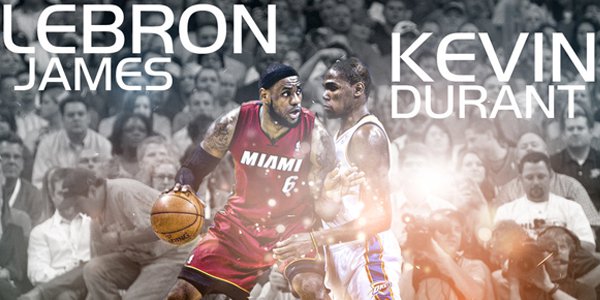 Top online sportsbooks have a great slate of NBA prop bets prepared for the upcoming season, allowing you to bet on all your favorite stars.

Basketball fans worldwide rejoice as the new NBA season is almost upon us. The Spurs and Cavaliers are atop the group of favorites to win the championship, while the Bucks and 76ers almost certainly will spend the season in the dumpster (again).

But while betting lines and outrights are plenty of fun in themselves, nothing is more exciting than placing prop bets on your favorite players like Lebron James and Kevin Durant, especially now that mobile betting sites allow users to keep up with information in real time.

Here are a few props I can’t wait to make on the upcoming season, including the most recent odds from leading sportsbooks:

Rookie of the Year

The 2014 draft class was one of the most touted groups in recent history, so hopes are high for many of these young players. First overall pick Andrew Wiggins of the Minnesota Timberwolves looks to be the best overall player in the draft class, but his game may take some time to develop and he is joining a team that won’t ask him to take a lot of shots.

Second overall pick Jabari Parker of the Milwaukee Bucks looks to be in a better position to make a splash as a rookie. He has a well-rounded set of skills, being more muscular and a better shooter than Wiggins. The Bucks will also expect him to be the focal point of their offense from day one.

Other rookies with a chance to do big things this year are Nerlens Noel of the 76ers, Julius Randle of the Lakers and Marcus Smart of the Celtics. Smart could be a dark horse candidate, as the team is rumored to be putting star guard Rajon Rondo on the trading block.

Last season Kevin Durant of the Oklahoma City Thunder dazzled fans and commentators on the way to the first MVP award of his young career. However, few doubt that Lebron remains the better player overall. And if he can carry the Cavaliers out of obscurity and into finals contention, he’ll stand a good chance of winning his third MVP crown.

Online sportsbook in Canada Bovada has Lebron as a heavy favorite to win the award, but that is partly due to that fact that Durant will miss the early part of the season with a leg injury.

Other players in the mix are Blake Griffen of the Clippers and Derrick Rose of the Bulls (who will attempt to return to form after two injury-plagued seasons), Russell Westbrook of the Thunder and Chris Paul, also of the Clippers.

Lebron is the consensus best player in the world, but his game is more about passing, rebounding and defense than it is about scoring. Last year Durant led the NBA in scoring with over points per game, and his game continues to improve.

He has to be considered the favorite, while Lebron will lead a Cavaliers team with other talented scorers like Kevin Love and Kyrie Irving. Former scoring champion Carmelo Anthony of the Knicks also looks to be in position to make a run, and Stephen Curry of Golden State and James Harden of Houston are also in the mix.

Consider Kevin Love as a long-shot candidate. Last year he scored 25 points per game, and with Lebron drawing attention from defenders and feeding him with slick passes he could easily surpass those numbers.

This statistic isn’t as glamorous as points but as a self-professed basketball junkie I love placing props on the rebounding leader. Last year Deandre Jordan of the Clippers led the league in rebounding, and he looks to have a good chance again. He is young enough to continue to improve on his game.

However, some online sportsbooks are favoring Andre Drummond of the Detroit Pistons, who finished second last year. He is in only his third NBA season and is arguably the league’s most promising young center.

Other candidates are Dwight Howard of the Houston Rockets and Kevin Love of the Timberwolves. Howard may be slightly past his prime but remains a dominant rebounder, especially defensively. Love may be the league’s most skilled rebounder, but playing on the sharpshooting Cavaliers means he may not get a lot of opportunities.

I like Anthony Davis of the New Orleans Hornets as a dark horse candidate. He seems to be the second coming of Kevin Garnett, a tall, wiry player who dominates the boards on both ends of the court. He could even wind up getting MVP consideration.