Victorian Local Councils and Community Groups Have Had Enough Pokies 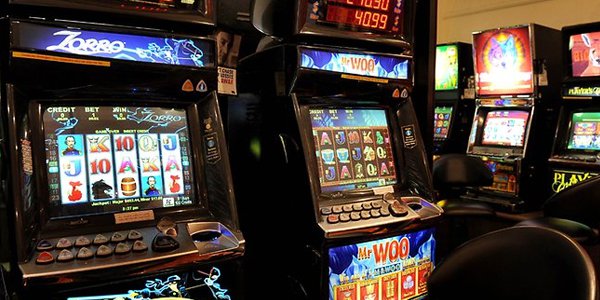 While governing and regulating poker machines in Victoria seems to work fine under Australian gambling laws, there are still some troubles with granting licenses for new machines. Several Victorian councils have joined efforts in a campaign called Enough Pokies aimed at changing the procedure under which new pokies applications are approved.

According to campaigners, gambling destination are actually winning the war with regulators based on “flippant and unreasonable” arguments, which will definitely not convince ordinary by-standers and gamblers themselves.

• Currently the state employs a “no net detriment” system

• Which is fundamentally flawed according to the campaigners

Up until now the “no net detriment” system has been employed when it comes to applications for new poker machines licenses. This means that pubs, clubs and other venues where the pokies are to be located need to convince the Victorian Commission for Gambling and Liquor Regulation (VCGLR) of what benefits the community will receive from installing the machines, and that these benefits will definitely outweigh their damage to the community in question.

As an example, Australian gambling news use the case of a pub in one of Melbourne’s dodgy suburbs, Clayton. The location won the right to bring seven new pokies putting forward an argument that the higher gambling revenue will provide the pub the necessary funds for renovations and also increase the “accessibility” of poker machines in the community.

According to Geoff Lake, Monash mayor and a spokesman for the campaign featuring close to 30 councils, opined that these kinds of decisions provide a clear picture that the current approval system is “just fundamentally flawed and broken”.

Progress of the campaign

The community groups and councils, have already successfully challenged around 7 percent of new poker machines applications during the past five years. The new campaign hopes to bring that number to a much higher level.

Enough Pokies appeals to both parties prior to the state elections scheduled for November this year. The campaigners ask the politicians to provide much clearer guidelines for the commission, ultimately providing a clear definition and limit on what actually constitutes a “community benefit” in case of a new poker machine installation.

Geoff Lake was quoted by the media: “We would like to see the commission apply the test with common sense and the view of the person on the street, rather than in the biased and pro-applicant way that we see today.”

According to Lake, the councils are definitely not on “a naive quest to abolish poker machines”. They are also not trying to minimize the overall number of machines in the state, which is currently capped at 30,000 unites by law.

He continued: “But the clear trend over the last five years is that big pokies operators are engaging in predatory conduct, taking their machines out of affluent areas and putting them into poor and vulnerable communities because that’s where they make more money.”

Geoff Lake also added: “We’re drawing a line in the sand and identifying that there is a trend which, if not stopped, will decimate communities right across the state but particularly in the south-east and west of Melbourne.”

According to the latest Australian gambling industry research, poker machines in Melbourne metropolitan area are mostly concentrated in disadvantaged locations. The poorest area of the state, Greater Dandenong, is operating about 8.5 pokies per thousand adults.

On the contrary, Boroondara, one of the state’s wealthiest suburbs, which includes Hawthorn and Kew, offers only 1.4 machines per thousand adults on average. The very same situation can be seen in Sydney as well, based on the same research, Sydney also operates the “no net detriment” system when it comes to new poker machines.

Judging by cautious approach of the Enough Pokies campaigners, their voice just might be heard by government officials, and the situation with new poker machines applications might take a turn for the better.

Municipal Association of Victoria and the Salvation Army has just joined the Enough Pokies campaign, showing that the support for the cause is growing and the possibility of its success is also increasing rapidly.