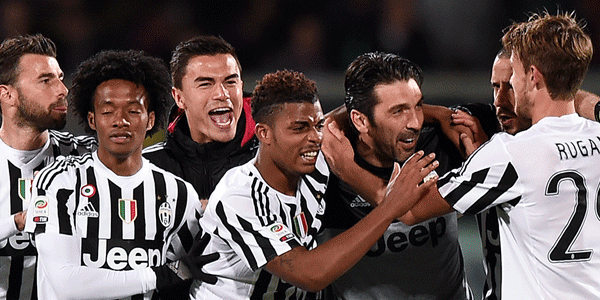 Four heavyweight teams will play the second leg of their Coppa Italia semi-final to decide who will pass through to the final on Wednesday 28 February. Will the first leg superiors continue their campaign? Should we expect any surprises? Have a look at our recommendations in Coppa Italia semi-finals 2nd leg preview.

Online sportsbooks in Italy expect a real battle at Stadio Olimpico when Lazio host AC Milan in an effort to capitalize their superiority after two good games with bad results played against Milan in late of January at both Coppa Italia and Serie A. In meantime the Bianconeri will be looking to seal their passage to a fourth final in as many seasons, after comfortably holding Atalanta at arm’s length for much of the match and striking an away advantage (1-0). Our Coppa Italia semi-finals 2nd leg preview raises a flag for the past year finalists to successfully secure their rematch on May.

Massimiliano Allegri’s men have lifted the trophy in each of the last three seasons. Thus they still have the enthusiasm to continue their winning streak unmatched by any other team in the competition’s history. Their first leg lead over Atalanta in Bergamo – thanks to Gonzalo Higuain’s strike and Gianluigi Buffon’s penalty save, which denied Alejandro Gomez – shows that Juventus are determined to continue their run for Coppa Italia title until the end.

With Serie A title remaining under serious threat by the table-topping Napoli, we recommend laying a bet on Juve to secure a seat in the Coppa Italia final. At Bwin Sportsbook the Old Lady are the favourites to win at their home ground with odds at 1.50, while the visitors are likely to drop out of the race with odds at 7.00. Since Juventus have conceded only one goal in their last 16 games played in all competitions, we do not expect many goals to come, so maybe it’s better to select the total goals to be under 2,5 with odds at 1.75.

AC Milan failed to make the most of home advantage in the first leg drawing 0-0 in a disappointing match. Gennaro Gattuso’s men offered almost nothing from an attacking perspective, while Lazio failed to score although they had 18 shots in the match. Breaking the stalemate in the second leg will put either team back on track this season especially that the both rivals face difficulty to jump into Serie A top 4 and secure next season’s Champions League.

At Bwin Sportsbook the home side Lazio are the favourites to qualify for the final with odds at 1.83, while AC Milan are on higher margins with odds at 4.25. Lazio have the best conversion rate in attack this season, and they lately restored their forward force, but the disappointing result in the first leg does not give much hope for the next match to have many goals. Our recommendation is to keep a safe bet on total goals to be less than 2,5 with odds standing at 1.80.