Cough Up the Money, Joe 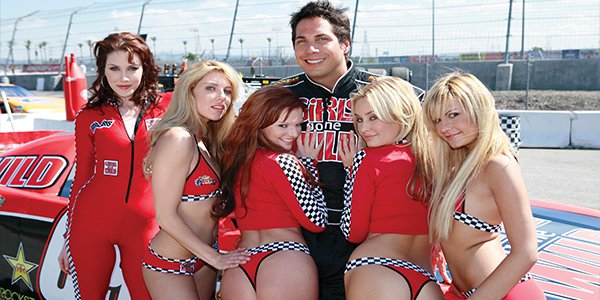 This week, Joe Francis had an arrest warrant issued against him linked to two cars he refused to – I’m sorry, was “unable” to turn over.

In 2013, Joe Francis managed to pile up a gambling debt of USD 30 million. As a result, the casino’s owner, Steve Wynn, decided that taking over Girls Gone Wild would be payment enough, but Francis quickly filed for bankruptcy protection. He hired lawyers… and didn’t pay them a penny.

Instead of using online internet casinos and mobile betting sites, he managed to get into a debt so deep that now, he really is in big trouble. His lawyers demanded that Francis turn over two luxury cars, a Bentley and a Cadillac, to them.

A Mexican strip club owner got the cars

According to the Daily Mail, Francis’ cars are now owned by a guy who runs a strip club in Mexico (where Joe and his Girls Gone Wild graduate girlfriend currently live.) Another interesting, but not at all surprising piece of information is that Francis allegedly took the money he owned the lawyers and built a resort.

Gambling news reports that the resort, named Casa Aramara is located in Puerto Vallarta and is evidence of Francis’ recklessness when it comes to money. The current judge on the case is the second one to issue an arrest warrant. The first judge ordered that or each day Francis spends without turning himself in, he should be fined. I guess that’s a check he won’t be paying, either.