Cricket Betting Bonanza At Bet365 For India Vs England ODI 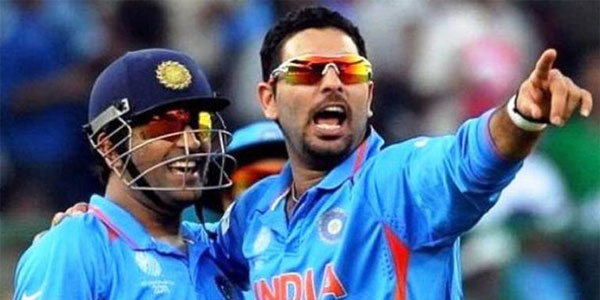 The warm up match between an India A side and England’s tourists in Mumbai, as both teams adjust their thinking for the first One Day International this weekend in Pune, took on a whole new meaning as M. S. Dhoni walked out for the last time as Captain of India, and whether you did much cricket betting or not, the Indian side, and indeed the entire sport, will miss him.

For those apt to do a little Cricket betting England face off against India in the first ODI in Pune this weekend but in their warm-up against the India A side all eyes were on one man, Mahendra Singh Dhoni, the inspirational captain of the Indian team for a decade and one of the true heroes of the sport bowing out of the spotlight after a hugely successful career. Alas his final match as Captain was not destined to be one of his trademark victories, but only because of some pretty neat work by England.

Those who took advantage of UK gambling laws to back the tourists at Bet365 or its ilk will have been pleasantly surprised with the win, Jason Roy and Alex Hales getting them going followed by Sam Billings playing a blinder nabbing 93 from 85 balls, but it’ll be a match far more remembered for Dhoni stepping down than the England ODI side stepping up, even by those that like Cricket betting. The man was a legend and his passing leaves a massive pair of shoes for incoming Captain Virat Kohli to fill.

Will A Dhoni Depleted India Still Win The First ODI?

His rise to the captaincy is just part of that legend. With feelings about Twenty20 back in 2007 just a tad frosty (anyone in Cricket betting on radical change is a heretic at best) the more senior chaps stepped aside leaving Dhoni to captain a second IX at best. His decisions in that initial tournament showed he’d grasped the intricacies of this new format all but instantly and this was confirmed in the World T20 final against Pakistan later that year where in the last over he risked all and got the win.

Dhoni’s success was the making of limited overs cricket, and helped the rise of the IPL to its dizzying heights, the legions of fans he created from the 40 million who tuned in to watch India beat Pakistan. Cricket betting became a more globally popular facet of sites like Bet365 and even Time Magazine had to include him in their list of the 100 most influential people on Earth. Anyone in India or the UK gambling news of his captaincy career ending won’t effect the Indian team might be being optimistic.

India Favorites At Bet365 To Beat England In Pune

Dhoni’s instinct and cohesive approach will be sorely missed by an Indian side that frankly has little to prove after their comprehensive four-nil demolition of an England test side that leaves a lot to be desired (like a different test cricket team) but the One Day International is a different beast and after a surprisingly good performance from England in Mumbai the first ODI in Pune could be just the cricket betting opportunity at Bet365 you’ve been looking for, given England could actually win for a change.

Obviously despite the form of England’s batsmen against India A the hosts are still favorites to take victory in the first ODI, Bet365 giving India just 8/15 to take the win, whilst the tourists, England, get a meager 6/4 which could be quite the cricket betting tip this weekend – after all England could well surprise an Indian side that is more than a man short in so many ways now Dhoni is gone, and that means if you like to bet on sports in the UK at Bet365 backing the tourists in Pune could be a winner.