Crown Melbourne Casino Receives Protection From the Government of Victoria 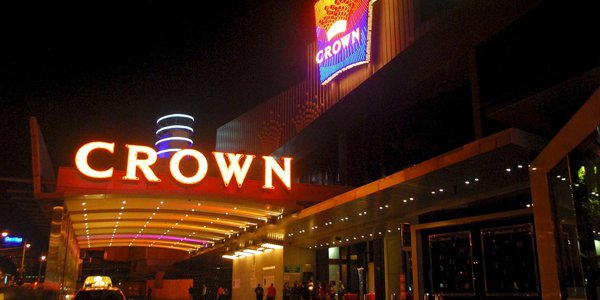 Crown Melbourne Casino is getting a special deal from the Victorian government to compensate for any losses from gambling laws change.

It looks like the road to a bright future for Crown Melbourne Casino is getting a bit easier. The gambling giant is about to be granted up to $200 million in compensation from taxpayers for any future damages stemming from a possible change to Australian gambling laws in regards to problem gambling issues. The deal also extends Crown’s casino license until 2050 and allows introduction of over 100 more poker tables on its floors.

The special deal is set to easily pass through Victoria Parliament’s upper house this week, according to Australian gambling news. Greg Barber, the Victorian Greens upper house member, commented that the compensation clause is “absolutely extraordinary” and actually reveals that the gambling company knows well its dependence on problem gamblers.

Greg Barber went on to add: “They’ve insured against measures that will actually reduce problem gambling. Therefore, they must know that a significant amount of their profits come from gambling-related harm.” He also anticipates that other casinos in a variety of Australian states would also want similar deals.

It return for a very generous deal by the government, Crown has agreed to contribute over $900 million to the state coffers, with the first tranche of $250 million coming within seven days of approving the bill. According to Michael O’Brien, Victorian treasurer, the agreement will be supporting ongoing investments and jobs in the state, besides offering quite significant financial benefits.

A different take on the issue

Crown Melbourne will get a special deal from the Victorian government

• Jackpot winners are not rushing to buy luxury items

• Gambling experts in the country have conflicting views on the matter

However, there’s another point of view on the deal between Crown and the Victorian government. An Australian National University researcher of gambling-related harms, Francis Markham, comments that the new legislation is “unprecedented.” According to him, because of it, any future government will be stopped from implementing gambling reforms including tougher limits on bets, introducing smoking bans in VIP Australian poker rooms, and more serious tackling of problem gambling issues. Until 2050, in order to carry these out any potential government will have to first compensate Crown and then move on with reform plans.

Markham went on to say: “I’m surprised the state government has the ability to legislate for future governments. Really this is unprecedented in the Australian gambling space and sets a worrying precedent that we would hate to see replicated in other jurisdictions.”

The researcher continued: “These are the kind of tactics we saw coming from the tobacco industry who attempted to seek compensation following plain packaging reforms. They are backhanded tactics that seek to delay reforms we know are in the public good.”

Speaking about the $900 million contribution from Crown, Markham called it “measly,” and said: “The casino will make that money back over the period of the 50-year license extension from new poker machines they are taking from other clubs, because we know machines in Crown make twice as much money than those elsewhere in the community.”

Another gambling expert and researcher, Prof. Linda Hancock of Deakin University, agreed with Markham, saying that the money the Victorian government will get as a result of the deal with Crown Casino is too small to be really profitable.

Additionally she stated that Crown has always been favored by the government, receiving several special treatments over the years. She said: “This legislation covers some of the most controversial areas of gambling reform where Victoria already lags behind many other countries in best practice.”

Hancock went on to add: “The government has stuck an unconscionable deal and that’s the problem. They’re not acting in the best interest of the Victorian people and they are giving way too much compensation to Crown. It’s hard to fathom why they would give them this many concessions for so little benefit.”

As for the casino resort itself – Crown Casino is a whole casino and entertainment precinct on the south bank of Yarra River in Melbourne, belonging to Crown limited. It opened its doors back in 1997 moving there from a temporary location opened in 1994.

Currently, the casino is one of the central attractions of the Southbank area. Interestingly enough, children under the age of 18 are allowed in the entertainment and shopping areas of the complex, but are banned from the gaming floors and areas serving alcohol.

The casino complex boasts over 500,000 square meters space, roughly equivalent to whole two city blocks. This fact makes it not only the largest casino complex in the Southern Hemisphere, but also one of the biggest in the whole world.