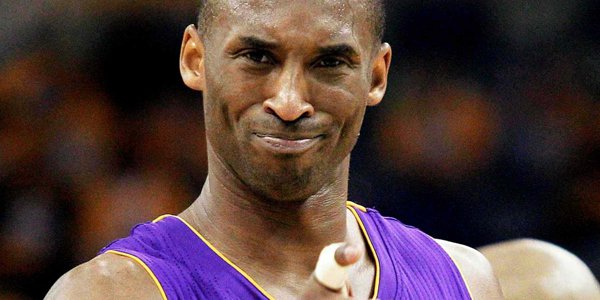 Despite putting on some commendable performance at times, Kobe’s hopes of claiming the NBA MVP title are rather slim according to sportsbooks.


Online gambling provider Bovada believes that Kobe doesn’t have a real shot at clinching the Most Valuable Player (MVP) award this season. The mobile betting site has given him odds 30-1, which outs him 11th on the overall list of potential candidates. Kevin Durant is also unlikely to win the prestigious title, as he faces limitations on the court with his injured foot.


Kevin Bradley, Bovada’s sports book manager, highlighted the fact that if Durant hadn’t suffered the recent injury, then it would have been a race for the award between him and LeBron. “In what would have been a two way race for MVP once again, Durant’s injury has moved LeBron James to the odds on favorite at 5/6.”

Many players are ahead of Kobe on the list

According to gambling news, Chicago Bulls’ point guard Derrick Rose and Thunder’s Russell Westbrook are currently both on 15-1, while Chris Paul of the Clippers is on 16-1. New York Knicks small forward Carmelo Anthony has odds of 22-1, while Anthony Davis (Pelicans) and James Harden (Rockets) are on 25-1 and 28-1 respectively.


Newcomer Julius Randle of the LA Lakers is high up on the list to be rookie of the year with 7-1 odds. However, he has fierce competitors who have slightly better chances of sealing the award. Jabari Parker (Bucks) is on 5-2, while Andrew Wiggins (Timberwolves) and Nerlens Noel (76ers) are on 15-4 and 11-2 respectively.