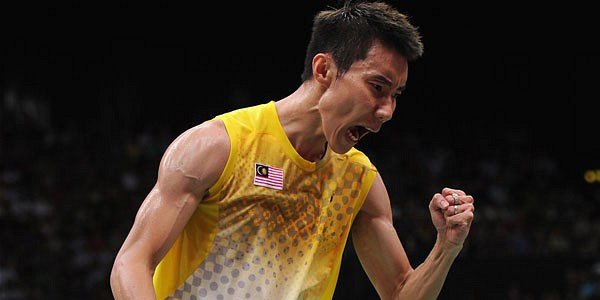 Sporting scandals crop up with alarming regularity. Just this week Gaioz Nigalidze, a Chess grandmaster, was accused of cheating in the Dubai Open, a mobile phone with a chess program running on it found in a toilet he too frequently used during his match with Tigran L. Petrosaian from Armenia. Of course when one thinks of cheating it is not usually the world of Chess that instantly crops up in the mind, but sadly these days with all the fiscal pressures no sport is safe from scandal.

Recently the lamentable treatment of college basketball players was once again momentarily highlighted as March Madness hit the headlines, the manifest and obvious exploitation of these poor youngsters by old rich men almost disturbingly seedy for their blatant denials of precisely what we can all see is going on. Unfortunately the money means that they’ll get away with it, their caving in to a just humanitarian cause as likely as Edward Snowden turning up in Belgium dating Rupaul.

However Basketball’s cheating scandals are somewhat something of the past, certainly players off court behavior is still an issue, but the game itself has recovered well from the point shaving and match fixing allegations of the NBA’s past. This stands in marked contrast to the world of cycling that still labors under the plume of disgust thrown up by the revelations of Lance Armstrong’s drug abuse, the lingering tinge of doubt still remaining in the minds of many as to how clean the sport now is.

The genteel world of Cricket was treated to match fixing, boxing has had its fair share of thrown bouts and athletics has seen more doping than a hippy festival in Colorado. Now some of these are down to the individuals will to win, but in other cases some of the blame has to be laid firmly at the doorstep of those gambling news of results will be precisely as they intend them to be and not left to the whims of chance. Sadly the latest sport to have to come to terms with this is Badminton.

“Money is growing in badminton, which is a positive thing in many ways,” said World No.11 Hans-Kristian Vittinghus, “but of course money attracts other interests like match fixing, for example, I am sure it is still going on, I think it will be naïve to say that it’s not.”

Vittinghus went on to explain how he’d been approached via Facebook by persons unknown who said they had fixed previous matches. The Dane instantly reported this to the Badminton World Federation, as did his fellow countryman Kim Astrup who was offered 3,000 EUR to throw matches, and offered the chance to wager on them too. The BWF immediately called in the police but as yet they’ve not caught up with the faceless facebooker who said he’d fixed Thomas Cup matches.

“I think no tournament is safe because of the world we live in with the internet and the implications it has,” said Vittinghus, “so it can happen anywhere and not only in Asia.” Adding, perhaps to ease the minds of fans who like to bet on sport in Denmark, “I don’t feel unsafe or anything because I went public with the story and have never played in a match where I thought my opponent was fixing or anything.”

“It is especially important,” BWF President Poul-Erik Hoyer has said of the incident, “that players are aware of the adverse effects of match-fixing and that the only safe route is to reject any approaches from individuals soliciting their involvement in match-fixing.”

Doping At The Highest Level

As if the whiff of match-fixing weren’t bad enough Badminton also has to contend with the knowledge that former world No.1, Lee Chong Wei from Malaysia, distinctly failed a drug test. What will happen to him is yet to be decided, the hearing’s over, the verdict not yet in, but you get the feeling that in face of this dual pronged threat to the integrity of the sport the BMF is unlikely to go easy on him. Nor, of course should it. Examples must be made of those who cheat.

Their motivation for cheating, of course, should also be stamped out, and Dane Mads Conrad-Petersen emphatically agreed at the Singapore Open. “It’s just important to have some resources into this so we can get it stopped.” Which is true, but only time will tell just how much Badminton is willing, as a sport, to put into keeping their house clean.

Conrad-Petersen feels that “when there’s betting and there’s someone who wants to cheat it’s important that people focus on getting rid of it.” Which has the ring to it of someone not altogether happy with Danish gambling laws, nor the fact that ComeOn! Sportsbook offers a full range of odds on the Thomas Cup (China still head-and-shoulders above the rest of 1.36, their nearest rivals Indonesia at a distant 5.50). However honest gamblers shouldn’t be tainted by cheats any more than honest sportsmen should.

Illegal bookmaking is as much a bane of gambling as dopers and cheaters are to the world of sport, they ruin it for everyone and make the honest and hardworking in the field look just as guilty when they’re caught having a manifestly negative influence on the sports we love. The desire to win drives every goal scored, race won and record broken, but that desire should be fueled by sportsmanship and not the promise of money be it from gambling cartels or sponsors desperate for the publicity.