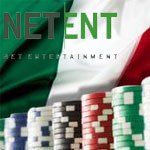 As was recently reported by the online gambling news in Italy, NetEnt – one of the most recognized and trusted online gaming software providers, released its financial figures for Q1 of 2011. The report revealed an eight percent growth in net revenues, bringing the Q1 total net revenues close to $16 million.

The Swedish software company’s operating profit decreased in Q1 from $5.88 million last year to $4.33 million and the operating margin dropped by over thirteen percent. NetEnt’s after tax profits (net profits) were at $3.78 million, almost $1.5 million less than last year’s fist quarter profits. During the past fiscal year, the company launched two new casinos along with its partners and entered into one new license agreement.

“We remain positive about the expected business outcome from the Italian market. The activities relating to integration and certification have progressed well and are nearing completion,” Mr.Ohman continued. “As a result of the further delays in Italy, have decided to lower the organizational growth pace going forward. However, despite this, our profitability will be affected until such time that revenues are generated from Italy,” the CEO added.

All online casinos within the country are regulated and licensed by the Italian gambling laws. Many software developers are tailoring the content of their offerings to make it appealing to the Italian players. President Ohman added: “we have a positive long-term outlook but short-term we will see continued effects of the investments made in our company, which include regulatory adaptations for Italy.”