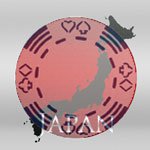 As Japan gears up for the 2020 Olympics, gambling lobbyists have had their way and bought about a change in policy from the government. So, by the time the IOC’s big show rolls into Tokyo, there will likely be at least one casino resort in the Asian country, as the government outlines plans for changes to Japanese gambling laws.

The plans include the setup of an independent gaming regulator modeled on the successful operations in Singapore and Las Vegas, but this authority will need to have a lot of power, as the Japanese market could potentially be the 2nd biggest in the world.

While those giant casino resorts are likely to get the go-ahead in the coming months – they will need to be built and ready to go before 2020, after all – online casinos in Japan face a very different story. With organized crime seen as such a large influence in the country, the government will want to make sure that any gambling operations do not fall into the hands of those organizations.

One way in which the authorities want to ensure the organized crime syndicates stay away is with stringent background checks where directors and senior executives will need to provide details of their – and their families – financial dealings over the past 10 years. Considering the size of the market, this is likely seen as a price worth paying by any gambling bosses looking to get involved.

This latest piece of Japanese gambling news comes after major players have expressed an interest in opening a mega resort in either Tokyo or Osaka. MGM Resorts International, Las Vegas Sands Corp., Melco Crown Entertainment, and Wynn Resorts Limited have all expressed interest in a Japanese casino already.

Should the ruling government manage to pass the new gambling laws, then we could see the first Japanese casino up and running sometime in 2019, just in time for the Olympics to roll into town.