Details of the Proposed US Online Poker Legislation – Part 1.

News >Details of the Proposed US Online Poker Legislation – Part 1.

The most important things in the Reid-Kyl proposal and their effect on the American online gambling industry – Part 1. 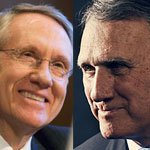 Everyone is keeping an eye on what the possible new American gambling laws concerning online poker and other activities would look like in the next year. Here’s a summary of the Reid-Kyl proposal that, if accepted, could change all the rules.

The summary of the proposed Internet Gambling Prohibition, Poker Consumer Protection and Strengthening UIGEA Act of 2012 was released last week. The proposal might serve as an outline on federal legislation concerning the American internet casino industry.

The proposal has to be passed by both houses of the US Congress (The House of Representatives and the Senate) before it is submitted for signing by the president.

In short: The proposal from Senators Harry Reid and Jon Kyl aims to prohibit all forms of unlicensed online gambling, while creating so-called “carve-outs” for online American poker rooms and off-track racing betting for individual states.

The bill also changes the Wire Act (which prohibits gambling over telephone wires) and the Illegal Gambling Business Act to apply to all forms of unlicensed internet gambling.

The proposal creates several levels of bureaucracy to control online games. It suggests establishing an Office of Online Poker Oversight (OOPO), whose job would be to supervise the control of online poker. Apart from the central office, the bill proposes the appointment of several other bodies to help the issuance of licenses.

The bill would also require the need of a yes-vote in both local (state) legislative chambers in a state that wishes to offer online poker and off-track betting for its citizens.

The individual states would lose if they snooze: not voting would mean that the state is not willing to legalize online poker. Native American tribes could only operate if their home state is wishing to offer online poker.

This article is continued in the Details of the Proposed US Online Poker Legislation – Part 2.