Division of Caesar’s Entertainment to Chapter 11 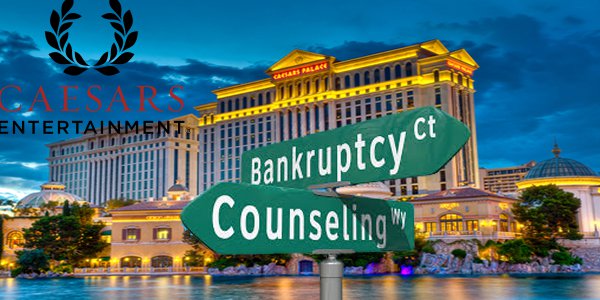 Caesars Entertainment Corporation files for bankruptcy protection in order to reduce its debt while creating enough revenue to satisfy creditors and investors.

Caesars Entertainment Operating Company, a division of Caesars Entertainment Corporation, stated that it filed for bankruptcy protection last Thursday in Chicago. The company made the move to sell its plan to reduce its debt. Considering that the division is over $18 billion in debt, the plan better be impressive to say the least. Any amount of cash it could “free up” through court would definitely help.

• The division hopes to clear some of its debt.

• All properties under the division will remain open.

• All three Ohio casinos aren’t a part of the bankruptcy.

Owning and controlling a majority of the 50 properties worldwide, the division still plans to keep its casino’s open. Gary Loveman, CEO of Caesars, said “I am very confident in the future prospects of our enterprise, which will combine an improved capital structure with a network of profitable properties.”

Caesars Entertainment Operating Co. has been suffering from a large amount of debt since the company was part of a leveraged buyout in January 2008 by Apollo Global Management LLC and TPG Capital LP according to U.S. gambling news. Although the company was bought for $30 billion, $24.7 billion was paid for in debt. In the last 12 months, Caesars has generated $8.6 billion, lost $3.5 billion and paid $2 billion a year interest. Through this proposal, Caesars may give creditors new money, from other subsidiary companies, and receive forgiving debt in return.

Since the casinos will still be in operation, revenue can continue to be generated. Loveman said that the investors’ loyalty points would still accrue according to their schedules and they will continue to pay suppliers.” The division has been attempting for months to negotiate a deal with creditors and lenders that would turn the division into a real estate trust that would own and lease properties.

Caesars Entertainment Operating Company said on their website that the CEOC “voluntarily filed for reorganization under Chapter 11 of the United States Bankruptcy Code” and that they “took this action with the support of certain of its bondholders to implement its previously announced restructuring plan. The plan is intended to significantly reduce long-term debt and annual interest payments, while providing significant recoveries for creditors and ensuring no interruption of operation

According to a report by Reuters, the bankruptcy protection filing in the Northern District of Illinois involved several other affiliates. The goal of the plan is to cut $10 billion of the debt and reduce the operating unit’s debt to $8.6 billion. Unfortunately not everyone is in support of the plan. Three junior creditor hedge fund investors who owed $41 million deemed the plan unfair.

There is also some discrepancy about where the court case should be heard. Caesars Entertainment Operating Company is petitioning for the case to be heard in Delaware as alternative option to Illinois. Illinois is a more logical option since the division has several properties in the Midwest. Caesar’s lawyers have stated that the division is without any properties in Delaware. Although this may not be allowed in accordance to U.S. gambling laws, the division has a better chance if they can connect themselves to Delaware somehow.

Ohio Casinos are Not Included with Caesars Bankruptcy Filing

Horseshoe Casino Cleveland and ThistleDown Racino are owned jointly by Rock Gaming LLC and Caesars Entertainment. Rock Ohio Caesars LLC said in a statement that “Horseshoe Cleveland and ThistleDown Racino are not part of the voluntary chapter 11 filing. Guests will continue to have the same great experience and receive the same great service they are accustomed to.”

Caesars Entertainment Operating Company has over 30,000 employees in their 38 casino-hotels. In a video message posted on the division website, Loveman told employees that they will continue to receive pay and benefits. The division has suffered from recession impaired gamblers and the inability to capitalize from other opportunities such as casino boom in Asia which has been well known in recent Asian gambling news.