Djokovic Is In For a Real Test Against Wawrinka: Fresh ATP World Tour Finals Betting Odds 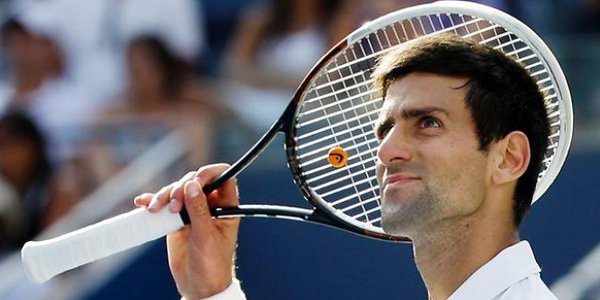 Stanislas Wawrinka is taking on the world number one Novak Djokovic at the ATP World Tour Finals in London.

Group A at the ATP World Tour Finals will play their second matches today, and as usual, there’s plenty of ways to bet on the matches at online sportsbooks in the United Kingdom. World number 1, Novak Djokovic, had a very easy opener against Marin Cilic, beating the Croatian 6-1, 6-1 in straight sets, but his today’s opponent will surely prove much tougher.

Djokovic is not only going for his third straight title at the O2 and 4th overall, he also needs another two wins to guarantee himself the prestigious year-end number one position in the rankings. The only man who can stop him is Roger Federer, but he needs to win the event undefeated and hope Novak doesn’t win more than two matches here.

• Online sportsbooks in the UK favor Djokovic to win tonight

• Wawrinka has already proved the bookies wrong by beating Berdych

Yesterday it was Group B turn to step out on the courts in London, and Roger Federer confirmed his title ambitions with a seemingly easy win over Kei Nishikori. Even though it was expected to be a tough battle, those who bet on sports in the UK were a bit disappointed with how easy Federer beat O2 debutant.

Roger is slowly, but surely closes in on the semi-finals, and would’ve booked a place there yesterday. But he was denied by Andy Murray, who managed to forget his loss in the opening match and beat Milos Raonic in straight sets, to hang on to his chances of qualifying for the semis this year too.

Few people were surprised with how easy Novak Djokovic beat Marin Cilic on Monday, considering the difference in class and the fact that Marin is fresh from an injury. But Stanislas Wawrinka has proved the experts and bookies operating under British gambling laws wrong, when he beat Tomas Berdych 6-1, 6-1 on Day 2.

Wawrinka was a serious underdog before the match with the majority of land-based and online bookies predicting Berdych’s success, but, well, it wasn’t to be, and now the Swiss players will try and repeat his success against the world number one, which is of course a much tougher task.

Novak Djokovic, the current world number one, and Stanislas Wawrinka, this year’s Australian Open champion, will meet for the 20th time tonight. Djokovic has a massive 17-3 lead in the head-to-heads, but Wawrinka will certainly be looking to upset the Serbian pro and improve the standings.

Djokovic of course remembers losing out to Wawrinka in the quarter-final of this year’s Australian Open, in what was a very long 5-setter. However, that was a very long time ago, not to mention that the next year’s Melbourne tournament is actually closer than this season’s.

Interestingly enough, today’s fixture will be the first time these two meet since Melbourne. Wawrinka may have beaten Djokovic 9-7 in the final set there, but playing indoors has been a completely different story for the pair, with Novak consistently beating Stanislas on indoor hard.

After winning the Grand Slam this year, Wawrinka got a reputation of being at his strongest against the best in the world, this may actually help him tonight. The win against Berdych revealed that Stanislas has a solid serve, which will certainly be an asset against the world number one.

However, Djokovic is much better on the slow surface that is hard at O2, and he’s already confirmed this by winning Bercy a week ago, and winning two in a row in London. Adding to his advantages is the fact that Wawrinka is not on his best, both emotionally and physically and may struggle to find the strength against the world number one.

Wawrinka hasn’t beaten Djokovic on indoor hard for eight years running, and considering he prefers an attacking game, he’d certainly prefer a faster surface. But then again, a lot will depend on what mood Stanislas will enter tonight’s game, but in any case it would be much prudent to back Djokovic, however, Wawrinka could take a set preventing Novak from winning in straights.

There’s no question in terms of who’s the favorite to win tonight at the majority of sportsbooks. Djokovic is given a very short line of 1.14 to take the match, while Bet365 is only giving Stanislas Wawrinka long odds of 5.50 to defeat the Serbian champion. Backing Stanislas to win will of course rake in good rewards, but it’s hardly the smartest wager.

The double result odds may also reward punters nicely. While the odds on Djokovic winning the first set and the match are short – 1.28, they are much better in case Wawrinka does the same – 6.00. But should Djokovic take the 1st and suddenly lose the match, Bet365 will be paying at 15.00. A line of 7.50 is given for Wawrinka to win 1st set and then lose the match.