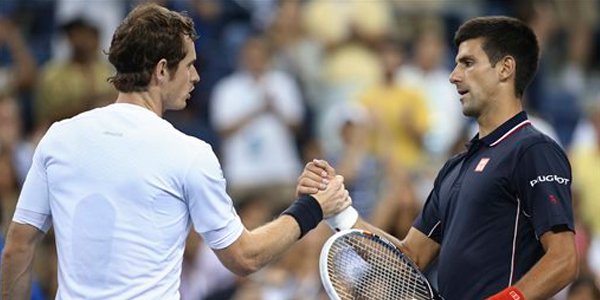 Marin Cilic faces Tomas Berdych at the ATP World Tour Finals in a match, that’s difficult to predict and bet on.

It’s time for Day 4 at the ATP World Tour Finals in London, as we draw closer to the semi-finals and betting at online sportsbooks in the United Kingdom intensifies. Yesterday’s matches were exciting, but still there’s a general feeling of a lack of quality this year, hopefully, today’s matches will prove us wrong.

Previous matches at the O2

• Those who bet on sports in the UK prefer Cilic to Berdych, and bookies seem to agree

Tennis fans and those who bet on sports in the UK were expecting a classic battle between Kei Nishikori and Roger Federer yesterday. Unfortunately it wasn’t to be as the Japanese was clearly out of form and couldn’t provide Roger with any serious opposition, losing out 3-6, 2-6 in straight sets.

Federer is now at 13-0 when second round robin matches at the ATP World Tour Finals are concerned. Roger is looking for his record 7th title in London, but is also after the undefeated champion title. It will give him a chance to scoop the year-end number 1 position from Djokovic. But of course that will require Novak to suddenly lose form and fail to win more than two matches at the o2.

Roger could’ve automatically book his place in the semi-finals, in case Milos Raonic could’ve found strength to beat Andy Murray in other yesterday’s match. But the home crowd favorite excited punters wagering under British gambling laws and took the match 6-3, 7-5 from the Canadian.

The first match today will be contested between Marin Cilic and Tomas Berdych. Both players were beaten 6-1, 6-1 in their opening matches, Cilic falling to world number 1 Novak Djokovic, and Berdych failing to prove the bookies right and losing out to Stanislas Wawrinka.

Naturally, this fixture is the last chance for both players to hang on to their semi-final dreams, which of course means that the battle will be hot and the odds at the bookies will be rewarding. Yes, Cilic lost, but he was defeated by a very on-form Djokovic, so we can’t really blame the Croatian player for this loss.

Cilic actually has an excuse: he missed a couple of weeks of the ATP tour with an arm injury. The same can’t be said about Berdych, who was by far the favorite against Wawrinka, but in the end has only managed to win 2 games in the whole match.

On the other hand, Tomas has produced a wonderful end to the season in order to qualify for the ATP World Tour Finals in the first place. Which means that he could still prove the skeptics wrong and return to his winning form keeping the chances of advancing into the semis alive.

Tomas Berdych has come to London for his 6th straight event, but he’s got a pretty bad record here: 5-9. Moreover, he’s recent results against Cilic are far from inspiring. He lost to the Croatian pro in straight sets at both US Open and Wimbledon this year, has beaten Cilic in their other match of 2014 in Rotterdam.

Marin has successfully won 8 out of 10 sets he played against Berdych, and considering it’s his first London appearance, he’s got a bit more motivation than the Czech player. It’s a very difficult match to predict, after all. That’s why betting on it could be tricky, but will definitely provide smart punters with big rewards should they guess the outcome right.

Both land-based and online bookies have difficulties predicting the outcome, and thus we have pretty close outright winner odds for the fixture. Bet365 gives a slight advantage to Marin Cilic with 1.80 odds, while Tomas Berdych’s success is valued with a bit longer line of 2.00. However, there’s plenty of opportunities to score big in other betting markets for the match.

Double result betting odds are also not bad. Bet365 pays at 2.75 for Tomas Berdych to win 1st set and take the match as well. The same outcome in favor of Marin Cilic will deliver a 2.00 payout. The real value lies in the event where Berdych wins the first set, but then goes on to lose the match – 6.50. The same result for Cilic will pay even higher – 8.00, so it’s all coming down to who can hold his nerve better.