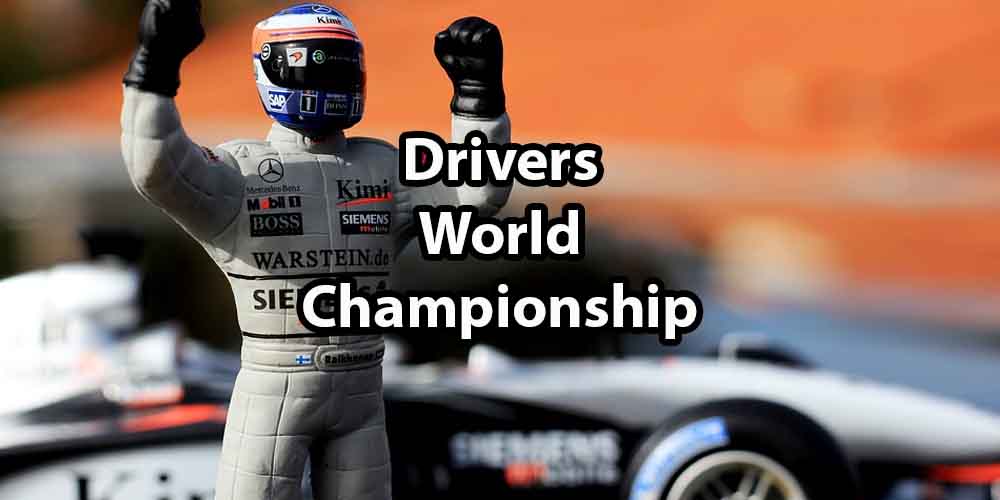 Lewis Hamilton continued his World Championship title-winning streak after winning the 2019 title for the third consecutive time. This reinforced the claim of him being the best diver ever in Formula One history. In this year’s season, the British driver will face very tough competition from several drivers. Those drivers include young talent Max Verstappen, Valtteri Bottas, Charles Leclerc, and Sebastian Vettel. Will Lewis Hamilton win his fourth consecutive title in the upcoming season? The 2020 Drivers World Championship odds certainly put him as favorite. However, let us not forget about the many other great and talented drivers that will be looking to take the title away from him.

Lewis Hamilton is a British racing driver for the Mercedes-AMG Petronas Formula One Team. Currently, he is the greatest and most talented driver in the sport. Many people even consider him to be the best ever. After winning his first Drivers World Championship title in 2008 with McLaren, Hamilton moved to Mercedes-AMG Team in 2013. With Mercedes, he was able to win five more titles. This puts him in second place for most title wins just after the great Michael Schumacher who holds the record for most titles wins at seven. In addition to winning the World Championship titles, Hamilton won a total of 84 races and has 151 podium finishes. Furthermore, he holds several records including most career points, most pole positions, most grand slams in a season, and most points in a season.

Being such a talented driver with many titles and world records, Lewis Hamilton is expected to win the  2020 Drivers World Championship. Online sportsbook sites in the UK place him as the favorite for the next world title. On 1xBet, betting odds that Lewis Hamilton will win his seventh world title are 1.5. On the other hand, you can also bet on him not winning if you believe that Hamilton will not win this year’s championship. Odds of him not winning the championship on 1xBet are 2.4.

Red bull racing driver, Max Verstappen, is the biggest threat to Lewis Hamilton for the World Championship title. At just 22 years of age, the Dutch national is currently one of the most talented divers. Many people believe he has the potential to become as great as Michael Schumacher or Lewis Hamilton. Max Verstappen holds the record for the youngest driver in history to compete in a Formula 1 race. He broke that record when he participated in the 2015 Australian Grand Prix at the young age of just 17 years and 166 days. Furthermore, he is the youngest driver in history to win a Grand Prix race after winning his debut race in the 2016 Spanish Grand Prix. As of today, Verstappen has 102 entries, out of which he was able to win eight races and 31 podium finishes.

Although Lewis Hamilton is the favorite to win the title, many people believe that Max Verstappen has the talent to dethrone the British racer. The 2020 Drivers World Championship odds predict that Verstappen has the best chance of beating Hamilton. Odds of the Dutch driver winning the championship on 1xBet are 5.5, while odds of him not winning it are 1.12.

Other Main Challengers for the Title

Many other talented drivers also pose as real contenders to win the 2020 Drivers World Championship. On top of this list is Hamilton’s teammate Valtteri Bottas. Throughout his Formula One career, the Finish driver has had 140 entries. Out of those entries, he won seven races and has 45 podium finishes. In the 2019 season, Valtteri Bottas beat Hamilton in two races. Therefore, he has proven that he has the skills to achieve the championship title. The odds of him winning on 1xBet are 7, while odds of him not winning the championship are 1.07.

Finally, the other top contenders for the title are Ferrari teammates Charles Leclerc and Sebastian Vettel. As Mercedes has been winning the championship for the past recent years, Ferrari will be looking to regain their number one spot this year. Charles Leclerc has proven to be a top talented driver after getting promoted from the Ferrari B-team to the A-team. In 2019, he won his first race in Belgium, and the Italian Grand Prix as well. His teammate, Sebastian Vettel, won just the Singapore Grand Prix in 2019. Odds of Leclerc and Vettel to win the championship on 1xBet are 8 and 12.5, respectively. Could this be the year in which Ferrari comes back to the top?