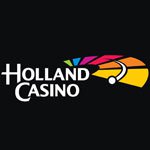 The Holland Casino Gambling Group has been put under direct supervision by the Dutch government as their debts continue to rise. The group has a monopoly over the 14 casinos in the Netherlands, and has seen their debts rise continuously over the past few years, reaching EUR 60 million, and spiraling towards the EUR 100 million mark.

Under Dutch gambling laws, Holland Casino has a complete monopoly over gambling within the Northern European country. The company – also known by their long name National Foundation for the Exploitation of Casino Games in the Netherlands – was set up in 1975, and was awarded the one and only casino license in 1975.

The country has come under pressure from the European Union over its gambling laws in recent times. There are currently no online casinos in the Netherlands, and the government actively blacklists foreign casinos, too. The EU sees this as being illegal, and has repeatedly asked the government to change its policy.

The issue came to a head with some big gambling news earlier in the year, as the Netherlands gave out a massive EUR 100,000 fine to Global Stars, a Curacao based online gambling company, for operating an illegal online gambling operation in the country. This was the first time that the government has actively fined an operator, and could signal a strengthening of their stance despite Holland Casino’s struggles.

Actually, Holland Casino’s 2012 wasn’t as disastrous as it may have been, with the company losing EUR 0.7 million over the course of the year. Despite this, the government has obviously thought that now was the time to step in after the company announced another 150 job cuts. Last year, they also cut 400 jobs, with another 800 going between 2008 and 2012.

A spokesman commented that: “The situation at Holland Casino requires vigorous action. Turnover has dropped by 30% over the past five years.”