Duterte’s War Against Illegal Online Gambling in the Philippines

News >Duterte’s War Against Illegal Online Gambling in the Philippines 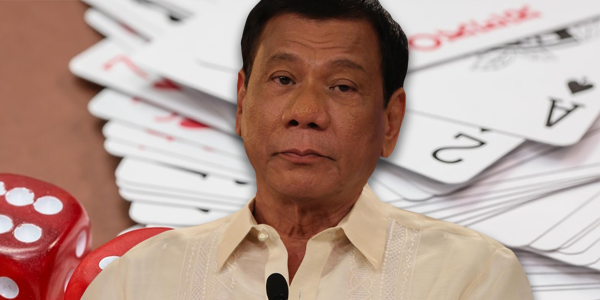 Sticking with his 2016 vow to ban online gambling in the Philippines, Rodrigo Duterte signed an executive order to reinforce the efforts.

President Rodrigo Duterte’s war against gambling in the Philippines was heavily publicized in the last quarter of 2016 due to his aggressive remarks. In December, the populist president stated that he will order the closure of all online gambling companies, because “they have no use.” Earlier, after withdrawing the license of a gambling provider, Duterte said he was worried about the effect of gambling on underage citizens as well as the fact that “there was no way of collecting the proper taxes.”

The fight against online gambling in the Philippines continues

Land-based casino magnates were pleased with the president’s stance, since for them it means less competition. Last month, Duterte signed an executive order, directing relevant officials to “intensify the fight against illegal gambling.” Officials from the Cagayan, Aurora, and Bataan provinces as well as the Philippine Amusement and Gaming Corp. (PAGCOR) were ordered to hand in reports, every six months, detailing their progress. Still, there are numerous online casinos that operate with a Philippine gambling license. However, they are banned from accepting players physically located in the country.

“The state condemns the existence of illegal gambling as a widespread social menace and source of corruption, as it has become an influential factor in an individual’s disregard for the value of dignified work, perseverance and thrift,” stated Duterte in the ordinance.