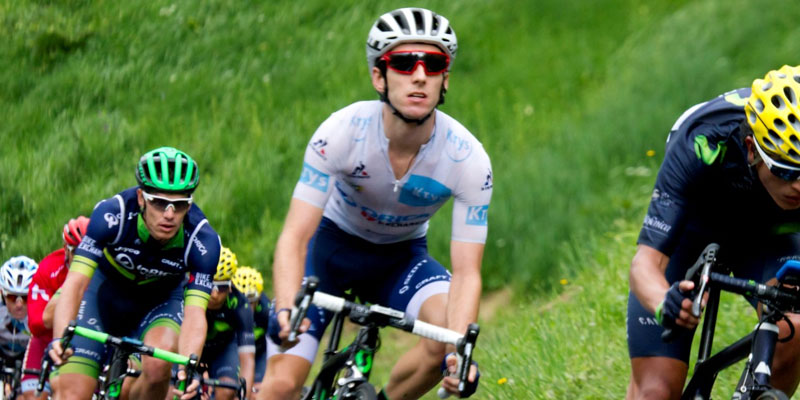 Tour de France 2019 betting odds are already available on Bovada Sportsbook. The 106th edition of the race attracts the best climbers, with five mountain tops, finishing over the total distance of 3,460km. French racer Romain Bardet, or Adam Yates are having good chances besides a few others.

Part of Michelton-Scott team, Yates fought himself to the fourth place in 2016. He has been focusing to improve his record ever since. The British contender is one of the most promising young climbers in the international peloton.

As a racer, he had to learn that results change day to day. When a racer wins a stage, can already lose that position the following day. The young athlete is phlegmatic enough, probably one of the traits marking his success.

Motivated and persistent, Yates (67.00) is determined to win Tour de France whenever he has a chance. First of all, he earned his nickname ‘The Shadow’ for a reason. He can actually stay that close to the leaders.

The French nation’s favorite, Romain Bardet (34.00) is returning to the race again this year. Admittedly,  his goal was not the white jersey in 2018. However, the result was still much better than a broken pelvis, as it happened in the year of 2017. Has completed all the Tour de France races he started, finishing 15th, 6th, 9th, 2nd and 3rd.

Taking part in the AG2R La Mondiale team, this year’s route seems favorable to the likes of Bardet. His confidence mostly comes from his throughout knowledge of the road. The proud podium-finisher of 2016 and 2017 has been focusing on performing well at this year’s race.

Ilnur Zakarin (251.00) is having a good year to prove his worth. He is the leader of the Katusha-Alpecin team, a team which has switched from Russian to Swiss registration. As a result, the team managed to issue a transformation from a closed-off Russian unit to an international outward-facing team.

Online Sportsbook news in France suggests, that besides all his success, Zakarin still has plenty of room for improvement. He is now targeting the Tour de France yellow jersey. No Russian has ever won the overall competition, so Zakarin has what to fight for.

Vincenzo Nibali in a worthy opponent for anyone desiring to win

The Italian Vincenzo Nibali (21.00), nicknamed ‘the Shark’ is one of the greatest bike racers of the modern era. Equally outstanding on cobblestone as he is on gravel or in the high mountains, Nibali never gives up the game. He participated on Tour de France six times already and finished each tournament. According to Bovada Sportsbook, the Shark has great odds for winning.

The contender has never won two grand tours in a single season before. Yet, during this year he is going for it. Taking part in Giro d’Italia as well as Tour de France, he is looking forward to winning both.

Tour de France 2019 betting odds are already available for the 106th edition of the brilliant competition. The event starts in the beautiful center of the Belgian capital on Saturday, July 6. As expected, the competition is going to end in Paris on July 28.

There are 21 stages and 176 athletes are going to compete. Besides being a champion, a total of around 2.3 million euros goes to the teams and riders. Also, the winner of the final individual general classification will be 500,000 euros richer.