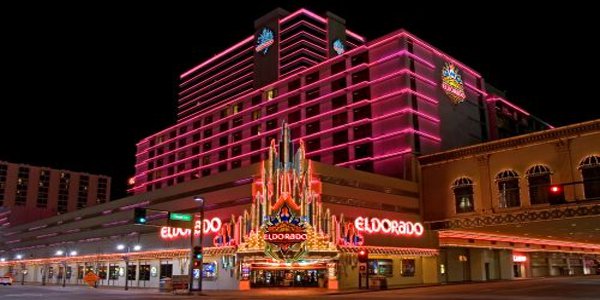 After acquiring the Circus Circus Resort and the Silver Legacy, the Carano Family will increase the domination of their Eldorado Resorts in the casino industry in Reno

Through the Eldorado resorts the Carano Family bet the house on Reno. As online casino sites announced, the USD 72.5 million acquision of Circus Circus Reno as well as the other 50 % of the Silver Legacy, will make the Carano Family an absolute governor in the gambling industry in Reno. The family is well established in the gambling circles in Nevada for more than forty years, gambling news report. As many experts report, they know the investment field in the city, and nobody doubts that their acquisition of the property of MGM Resorts International is a strategic investment that will bring even bigger dominance on the casino market in Reno and wider in Nevada.

According to Ken Adams, gaming industry consultant from Reno, this is an excellent bet for city in general since the value of Reno on the gambling market is constantly growing. In May for instance the gaming revenue of the gambling companies increased for 4 % and in the past 12 months the market is up for 1.6 %.

These are numbers that indicate the big comeback of Reno, says Chad Beynon, a gaming analyst in Mecquarie securities. He mentions several statistical data to support his opinion: the average home price is increased from USD 150.000 to USD 250.000, the unemployment went down from 14 to 7 percent and the Tesla Motor factory is currently under construction planning to begin with the activities in near future. An addition to this positive trend of economic development in Reno are the new direct flights between New York, London, Guadalajara, Mexico City and Reno. Beynon concludes in the end that all this amounts to the fact that Reno is a healthy market and Eldorado will now become the biggest player.

The Eldorado resort is owned by the Carano family. Don Carano founded Eldorado in the 1973 but it took 22 years for the family to establish the Silver Legacy, after they partnered with the Circus Circus Enterprise Inc. The Circus Circus on the other side opened their Reno resort back in 1978. It functioned as a casino and a luxurious hotel. In 2005 it became a property of the MGM Resorts International. As online gambling sites in the US report, it has 1,572 room and a 6,179.4 m2 casino. A peculiarity related to the Reno complex is that it regularly features free circus acts offering simultaneously 33 carnival games. The Silver Legacy Reno, an extravagant hotel-casino complex is the link that unites Eldorado Reno and Circus Circus Reno. The three casinos are linked by enclosed skywalks that create the extraordinary urban landscape on Virginia Street.

Before the deal with the Carano Family concerning the Silver Legacy Reno, MGM Resorts International has already started selling its casinos such as the Railroad Pass in Henderson and the Gold Strike in Jean. And while MGM decides to get their hands off some of their property, the Eldorado Resort was dedicated into making more and more investments in the gambling industry. The merger with MTR Gaming Group made last September, gave additional space to Eldorado for expanding its domination in the casino industry. However Andrew Zarnett, a gaming analyst from Deutsche Bank, thinks that having a share in the Silver Legacy was simply not enough for the Carano empire. They needed all of it in order to make a new revolution in Reno. “The transaction makes strategic sense, as the performance of both assets could benefit from cost and revenue synergies,” told Zarnett to the media.

According to online gambling news in the US, the Eldorado resorts has an obligation towards MGM to use the Circus Circus name. However executives from the company stated last week that they are planning to change the name. The transaction which still waits for approval by the regulatory commission will leave Eldorado on disposal seven resorts in five markets with 10,850 slot machines, 310 table games and 4,850 hotel rooms, bringing with it 8,600 employees. This according to Beynon, will make Eldorado the key participant in a strong regional gaming free-cash flow story with a promising success.