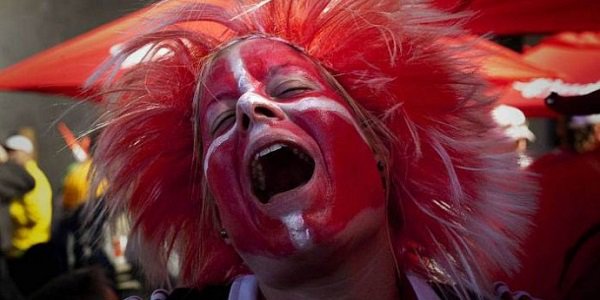 The Danes have long struggled in international football but the Euro 2016 group of five in which they found themselves drawn looks set to be cruel to them right to the end as Albania look to join Portugal and force the boys from Copenhagen to face play-offs if they want to get to France.

The Euro 2016 have produced some great football with each group having it’s moments of high drama, nail biting results and those fracturing chasms of despair as things just don’t go a team’s way. As the group qualification stage reaches its climax there are some who already know their fate, be that automatic qualification, or a failure to qualify, and some who know there will be play-offs to face, but some still have it all to play for and those who like to bet on sports in Denmark will already know their team’s fate still hangs in the balance.

Naturally enough in Group I it is Portugal who sit top of the Euro 2016 group of five having won, oddly enough, their last five games will, if not ease, then no real challenge to their position. They already qualify regardless but Denmark sit in second place on 12 points, just one above the surprisingly hardy Albania who have kept pace with the top two teams, unlike the hapless Armenia and somewhat unfortunate Serbia. This makes the last match all important for the Danes.

Perhaps unfortunately for Denmark however it’s against Portugal, whilst the Albanians have two games to go, against Serbia on October 8th and then Armenia on the 11th, which could see them throw Denmark into the play offs along with Sweden. A win against Portugal almost essential for Denmark in the Euro 2016 group of five now, if they want one of the much coveted automatic qualification spots for the finals in France next year.

The points they left in Yerevan are sorely missed now

Those wishing to take advantage of Danish gambling laws and back the team to grab a qualification spot before any play-offs does so at their own peril, Danish form has been lacking when it counted, making it count all the more now. Despite losing to Portugal they’d started with some vigor, but the Armenia draw summed up their lack of striking power in the final third, ending in a nil-nil draw, replicating their similarly goalless game with Albania.

That Albania held Denmark is very telling, the Euro 2016 group of five didn’t have quite as much room for error as the other groups, which all contain six teams, and the failure to keep the wins coming rather let Denmark down, and even if they win against Denmark they could still see Albania take the automatic place in France, which would be heartbreaking for a team that has put a lot of effort into team cohesion throughout the group stage.

As the results roll in from Elbasan on the 8th and Yerevan on October 11th there’s more than likely to be a fair few fans in Copenhagen cheering on first Serbia and then Armenia in hopes that these two teams can put on a stalwart performance and hold Albania to a draw, if not beat them. That would leave Denmark with just a win against Portugal to take them into the finals without the play-off palaver that will befall at least one team in the Euro 2016 group of five.

In the run up to this all important game with Portugal in the Euro 2016 group of five the Danes have reached out to forty five players as part of their provisional squad with September 29th set as the date they’ll finally whittle them down to just the twenty three that will be on hand for the game against Portugal, and indeed, the friendly against France that crops up on the 11th meaning the Copenhagen stadium will be full when news of Albania’s results roll in.

Going for a good mixture of old hands and new faces means players like Jonas Knudsen who joined Ipswich Town from Esbjerg in the summer will find themselves likely to take to the field in the Euro 2016 group of five match, especially as a strong defense will be all important against the rampant Portuguese who have the likes of Silva and Ronaldo to finish off what their capable midfield get to grips with. On the break there’s none finer, and Denmark will struggle.

The odds you can get on the game at sites like Betway Sports or ComeOn! Sportsbook reflect this probability with the Danes garnering just 5.95 to win against the Portuguese 1.60, but interestingly Danes will probably be gambling news of the Albania Serbia game’s odds being so close (just 2.50 to 2.65) means there’s still a hope for an easy passage into the finals for Denmark from the Euro 2016 group of five, but it’s a slim hope at best and Danish fans should expect a long haul to France ahead.