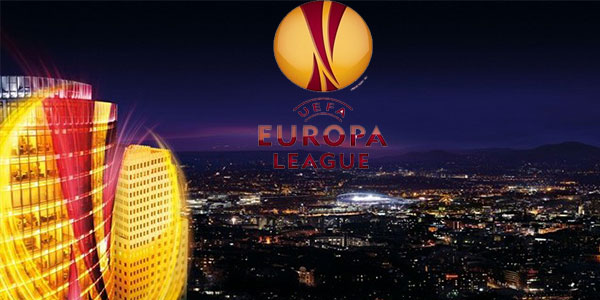 Europa League 1/32 finals are almost here and ready to showcase brilliant football for the adorning fans across the continent.

In part III of our betting preview will take a look at 4 encounters that will surely appeal to dedicated fans of the great sport. Dutch side Ajax will take on Legia while Dynamo Moscow will travel to Belgium where they will go head to head with Anderlecht. Celtic will play 2010 Champions League winners Inter at home, while Guingamp and Dinamo Kiev will test each other in that is looking to an ambiguous match.

Ajax vs Legia and Anderlecht vs Dynamo Moscow

Ajax used to be a real force in Europe competing in the Champions League and the previously known European Cup, but for a while now they can’t seem to be able to keep their form and stay for the next round in the elite competition. Some sporting critics could argue that were given an unfair group which consisted of giants PSG and Barcelona, who both clinched births for the knockout stage.

The Dutch team will next play against Legia and Bet365 has confidence in them to succeed1.91 (10/11). Legia finished top of Europa League Group L with 15 points and managed to record an impressive 5 wins and only 1 loss overall. Despite the fact that Bet365 is not favoring 4.33 (10/3) them to win, they can still cause significant damage if given the chance. A draw 3.40 (12/5) may be on the cards for this game, judging by their incredible results.

Anderlecht will square off against Dynamo Moscow where they will try to take advantage of the fact that they’ll be playing against their opponents on their own ground. The Belgium side have played in the Champions League this season, but they have finished third in their group which consisted of Borussia Dortmund and Arsenal. Given their slightly better standing, Online sportsbooks in EU favor them to win 2.60 (8/5).

The Moscow based club are one of the most outstanding teams in the Europa League this season, judging by their performance which saw them clinch 6 wins out of 6 games that they’ve entered. This granted them 1st place in Group E so it is quite surprising that Bet365 have decided to brand them underdogs 2.80 (9/5) for the next encounter. A tie 3.25 (9/4) between the two is very likely, so punters may consider placing bets on that event.

Celtic vs Inter and Guingamp vs Dinamo Kiev

Celtic played in Group D of the second most popular competition in Europe and managed to finish with 8 points which granted them the right to qualify for the knockout stages of the tournament. At home they won on 2 occasions and only lost once, while away they drew twice and lost once as well. That is one of the main reasons why they have assigned unfavorable chances 2.88 (15/8).

While Jose Mourinho was in charge of Inter they used to command great respect as a club, however now their fortunes are quite different. They find themselves languishing in the middle of the table in the Serie A, however in the Europa League they were pretty convincing in their group finishing first with a total of 12 points. Thanks to that Bet365 has earmarked them to win 2.50 (3/2) against Celtic, while a draw stands at 3.30 (23/10).

And lastly we will cover the game between Guingamp and Dinamo Kiev which is looking to be an uncertain game for betting fans. Mobile betting sites have given both sides equal chances of success 2.75 (7/4) although in reality the Ukrainian side seems more convincing as they have secured 5 wins and only 1 loss overall in their group from which they finished first.

Guingamp on the other hand have recorded 2 wins and 1 loss at home while away they notched 1 win, 1 draw and 1 loss. That is why it makes more sense to place a wager on Dinamo Kiev, although a draw between them can also be considered. Bet365 has set a tie at 3.10 (21/10), which can be likely when two great sides meet in a match.