Europa League Betting: Who Will Qualify For The Round Of 16? 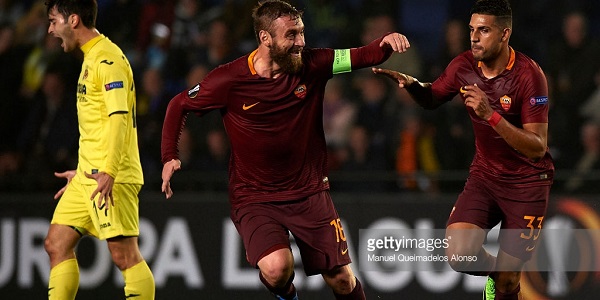 Check out what Europa League betting sites expect from the second legs of the Round of 32!

Europa League betting enthusiasts could have enjoyed betting on football matches last week and they will be able to do so once again this Thursday. The first legs of the Round of 32 have been surprisingly easy in some occasions, but luckily there is still room for excitements. Let’s see what Europa League betting sites expect from the next round: Which teams should we bet on to qualify for the next round and which teams are sure to exit?

As it has been expected by online sportsbooks in the UK, Manchester United managed to defeat St Etienne on the first leg at Old Trafford. However, not many would have expected Mourinho’s side to decide the battle in only 90 minutes: they won by 3-0 thanks to Zlatan’s hat trick, making it basically impossible for the French side to qualify themselves for the Round of 16.

An even bigger surprise has been AS Roma’s easy victory over Villarreal. Most Europa League betting sites expected a tough game between two terrific sides. However, the Spaniard were powerless despite the fact that they have been playing at home. Emerson took the lead for the away team and Edin Dzeko went on to score 3 more, setting the final result to 0-4. The second leg will be but a formality. I recommend you not to bet on Villarreal to qualify, however their odds are pretty tempting (for a reason!): 34.00 (33/1) at BetVictor.

Other pairings that are not expected to be overly exciting in the second leg are the Schalke v PAOK and the Sparta Prague v Rostov games. The German side won by 3-0 in Greece, while the Russians beat Sparta Prague by 4-0 at home. It is highly unlikely that anything would drastically change in the second legs, so we can basically count Manchester United, Schalke 04, AS Roma and FK Rostov in for the Round of 16.

After the sure qualifier teams, we can take a look at the teams who are yet to decide their respective battles. One of those games is definitely going to be the APOEL v Athletic Bilbao match. The Basque team won the first game at home, as it has been expected by online sportsbooks in Spain. However, their 3-2 victory is definitely not going to allow them to relax on the second leg in Cyprus.

There will be a tough battle between the two sides. Currently, according to the predictions by Europa League betting sites, Athletic Bilbao will be favourites to win again with their 2.00 (1/1) odds at Coral Sportsbook. The odds for APOEL to beat Bilbao are 3.60 (13/5). However, it might not be a bad bet as they already scored two goals on away field they might just get started…

Bet on Fenerbahce to qualify!

You might also want to consider joining online sportsbooks to bet on Fenerbahce v Krasnodar. The Russian team won 1-0 on the first leg at home, but the Turkish side will sure want to take revenge. In addition, the fact that they will play in front of their own fans and we know how much it could mean. Krasnodar will have a hard task in keeping the lead. The odds for Fenerbahce to qualify are 2.50 (6/4) at Betfair. That info might come handy to your Europa League betting!